EXCLUSIVE: Ryle Santiago on the passing of his cousin Ryan: ‘It is very saddening because he was very young’

Hashtag member Ryle Santiago shares the most important lesson he learned from his late cousin. 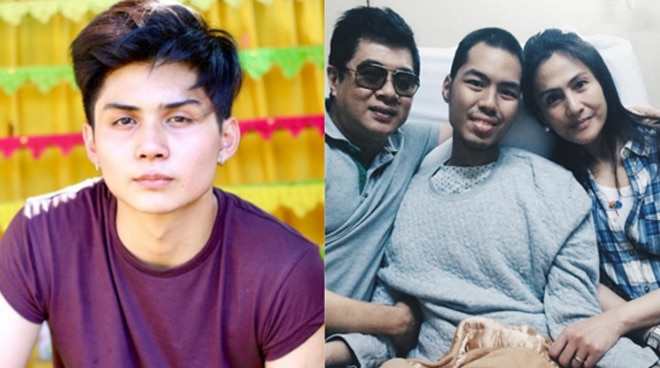 Ryle Santiago attended the last day of the wake of his cousin Ryan Santiago on Wednesday, August 16, 2017. The Hashtag member said that everyone was very emotional during the wake.

Ryle could not help but express his sadness over what happened to his cousin. “It is very saddening because he was very young. He was 24 and the Lord chose to take his life, take him back. Nakakapagtataka lang kasi he’s young. Usually ang bata ang maglilibing sa kanyang parents pero in this case ang parents ang naglibing sa kanilang anak so ‘yun talaga ‘yung masakit,” he stated.

The Hashtag member shared that Ryan was one of his closest cousins. Asked about the most valuable lesson he learned from him, Ryle shared, “He was a very creative person, he was very imaginative so siguro just mind your own opinion. Kung ano ang opinion mo, don’t be afraid to share it like Lady Gaga, dahil gusto niya si Lady Gaga. Go kung ano man ang trip mo, sa’yo ‘yun and no one can tell you otherwise and iyon ‘yung the best lesson I could learn from him,” he shared.