PUSH Awards: Two years of pushing for talent and artistry

Who will win in this year’s PUSH Awards? 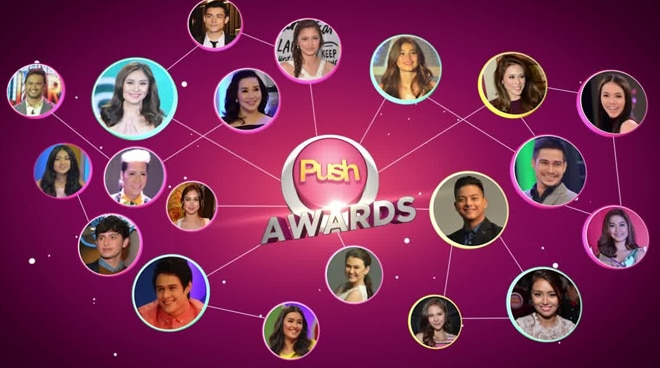 Two years after its launch and PUSH Awards has consistently been recognizing and gathering the brightest stars in the industry for a one-night only event of merriment and acknowledgement.

Launched in 2015, the first PUSH Awards happened in Resorts World Manila and was hosted by Robi Domingo and Tippy Dos Santos.

That year was dominated by the La Luna Sangre stars Kathryn Bernardo and Daniel Padilla who bagged the most number of awards including Push Elite Male Celebrity of the Year, Push Elite Group/Tandem of the Year, the Most Liked Tandem/Group in all four Digital Push Awards categories, among others. Their fans known as Kathniels also took home the Push Ultimate Fan Award.

The other Special Awards winners who were selected by a special jury panel included Liza Soberano as the Push Elite Female Celebrity of the Year, Pop Star Princess Sarah Geronimo as Push Elite Music Artist of the Year and Maine Mendoza as Push Elite Newcomer of the Year.

Robi returned as the host of PUSH Award’s second year along with his erstwhile girlfriend Gretchen Ho.

SueRis composed of Maris Racal and Sue Ramirez performed as a duo and rocked the stage with their Chainsmokers medley.

Among that year’s other guests were Kim Chiu, Enchong Dee, Inigo Pascual, McCoy de Leon and Elisse Joson, as well as big winners Daniel Padilla and Kathryn Bernardo and Bailey May and Ylona Garcia.

This year, PUSH Awards is returning for its third year with a newer “vibe” starting this August 20. Just visit www.pushawards.com