EXCLUSIVE: Antoinette Taus is back with Star Magic

Antoinette Taus began her showbiz career with ABS-CBN when she was only 11 years old. 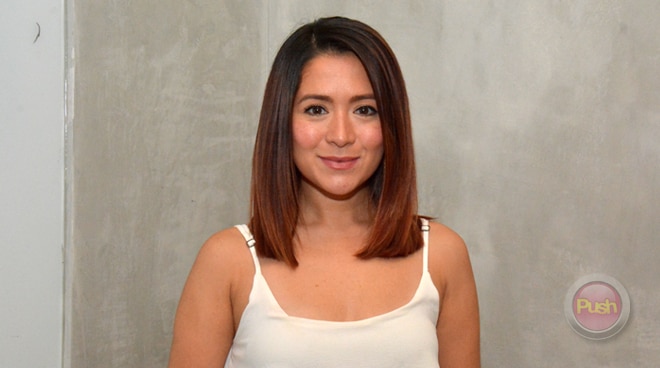 Former teen star-turned-host and humanitarian Antoinette Taus is back where she started her showbiz career: Star Magic.

“It was just another encounter between me and Mr. M (Johnny Manahan),” Antoinette described how her return happened in an exclusive interview with PUSH on Friday, August 11.

The actress then reminisced about the early days of her career at ABS-CBN. “As a lot of people know, actually some people might not know but I actually began in ABS-CBN, a very long time ago when I was 11 years old. So nagstart ako dito sa show na Ang TV, so magkasunod na ‘yung Ang TV t’saka Oki Doki Dok! Tapos ‘nung time na ‘yun, meron pang Sa Linggo Na Po Sila, wala pang ASAP that time. So a big part of my career and a big part of how I came to be, who I am today is well, because of ABS-CBN and because of Mr. M.”

Having returned to the Philippines after many years abroad, Antoinette said that she has “chosen a new path,” doing humanitarian work. “I feel like right now, through Mr. M as well and of course Tita Mariole (Alberto), they’ve been there since the beginning, I feel like it’s another opportunity for me to explore a new adventure in my career. Maybe more meaningful projects not just artistic but things that hopefully will create an impact for our community, for our society, for our country.

While Antoinette and Star Magic have yet to talk about her upcoming projects, she said that she is looking forward to doing more hosting.

She also said that she would love to have a reunion project with her Patayin sa Sindak si Barbara family. “Specifically syempre sina Ms. Lorna Tolentino, Dawn Zulueta and that was with Star Cinema a long time ago… That would be amazing and Direk Chito Roño,” she added.

According to Antoinette, she studied acting when she was in the United States. “Requirement din kasi doon na kapag siyempre nagtatrabaho ka, you keep that parang mga workshops. You keep yourself in check pa rin para hindi ka maging rusty kasi even acting, even the arts, no matter what, it’s also something na pwede kang mag-fall off track.”

This is why she is hoping to score serious acting projects. “And I feel like ‘nung nasa L.A. ako, marami akong natutunan in terms of acting, being an artist, being an actress and it’s really different from the experiences that I had when I was here so I’m looking forward na sana magkaroon ako ng projects na mas serious ‘yung angle especially with acting, not necessarily about love or light stories. I would actually really would want to delve into more serious acting jobs.”