Alden Richards shares his secret to how not to be affected by bashers online. 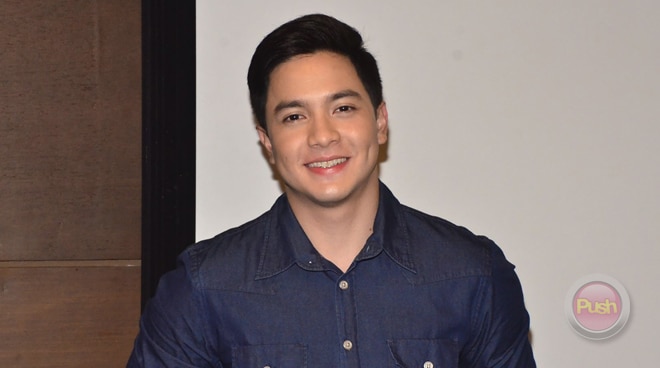 As one of the country’s most recognizable faces, Alden Richards said he thinks it’s important to give back to the community. Last August 9, he surprised selected female street sweepers and traffic enforcers during a free spa day organized by Vida SnowCaps. “Importante (ang giving back). It’s my whole purpose as an actor, as an artist. Giving back walang second thought diyan eh. You always have to give back to people kasi sila yung nagdadala sa ‘yo kung nasaan ka ngayon and of course what more can you do for them then give a little, not a little nga dapat kung ano yung na-ri-receive mo yun din yung binibigay eh. Kasi bumabalik talaga siya,” he shared.

Alden admitted he is also involved in several other charities. “Yes meron pero I decided not to name them na lang kasi I really help undercover. I don’t make it public kasi walang sincerity sa public charity service. Yung iba ginagamit yung pagbibigay sa charity to gain some comments or feedback from other people. I don’t do that,” he explained.

Apart from his current business ventures (which includes several branches of a restaurant), Alden said he wants to keep putting up more businesses. “That’s what my dad keeps on telling me kasi we’re given so much blessing of things na puwede mo mapalago in the near future so it’s more of securing the future. That’s what I’m doing now for family, for mga kamag-anak ko. Siyempre before you help others you have to help people inside the family muna. Parang before the year ends I’m going to be coming up with a gas station. And then nakikita ko itong spa baka. Iniisip ko pa kasi based on experience parang hindi maganda na all the eggs in one basket. You have to diversify kasi hindi naman panay ang demand sa iisa so kailangan may iba ka pang sources ng income para at least liquid yung business mo,” he shared.

The handsome actor credited his business partner for his success in his very first food venture. “Wala talaga akong problema when it comes to mga branches namin ng Concha’s. We already have three and then we’re planning to put up another one. And then we’re going to be up for franchising next year so sobrang blessed ako that I’ve met my partner kasi siya talaga nag-aalaga ng business namin. Dun naman sa gas station, it’s going to be my dad who will manage that,” he added.

Just like any celebrity, the Vida SnowCaps endorser admitted he is used to being hit with all kinds of intrigues but he chooses not to give them any importance. “Hindi ko na po ramdam kasi parang I have so much on my hands right now.  Wala na akong time intindihin yung mga on the side issues na yan para sagutin or whatever and hindi ko rin papansinin yan kasi alam naman ng mga tao sa paligid ko kung ano yung totoo and kumbaga may mga issues na napapabayaan na gawa gawa lang and then later on pinapaniwalaaan na ng publiko. So it’s really based on the people’s discernment na lang kung saan sila maniniwala,” he explained.