Liza Soberano on composing a special song: ‘I don’t plan on releasing it’

Liza Soberano reveals her musical inclinations and the artist she wants to collaborate with someday. 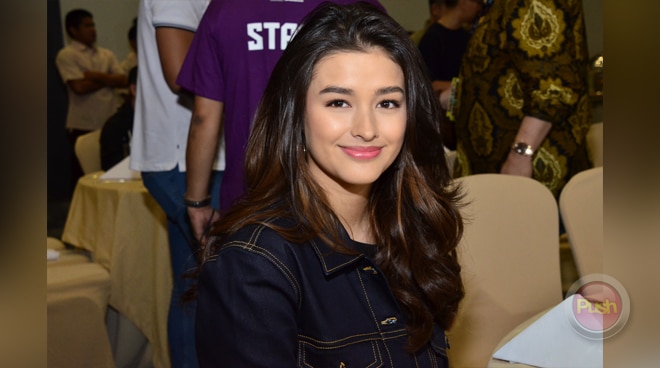 Known as one of the most beautiful faces in the country today, Liza Soberano definitely has her hands full with showbiz commitments as well preparations for her movie Darna under director Erik Matti. But what most people don’t know is that Liza is also musically inclined as well. “I was 12 pa lang when I did voice lessons and then I did guitar lessons also. I used to be able to play it really well kaya lang I’ve stopped for a long time. That would be something that I’d like to get back to. I wouldn’t say that I’m the best singer in the world but when I’m out singing with my friends or singing sa karaoke, I feel pretty confident because I’m around a group of people who make me very happy and we know that we’re just having fun. With Mega Pro Plus I feel very confident of course because for some reason my voice sounds so much better with this (laughs),” she shared.

As the new endorser of Megapro Plus and Megasound Karaoke System, Liza said she is not actually pressured to sound perfect. “When I was little I used to sing ‘Lonely.’ It was the easiest song to memorize (laughs). And then my go to song would be ‘Hawak Kamay’. I actually am not that pressured (when I sing) because as long as you’re having fun and you’re happy with what you’re doing, you shouldn’t feel pressured about it. That’s why I think this endorsement is about passion,” she explained.

Apart from singing, Liza said she also enjoys composing songs and already has one personal song finished already. “Oh yes songwriting is something that I do like. That’s why I haven’t been able to release an album. I’ve been trying to collaborate. I’ve actually written a song already but I don’t know if I want to release that song personally. It’s actually pop and may rap siya (laughs). The song that I wrote is actually about my life. It’s more about my struggles growing up. I don’t have a title for it actually. I don’t plan on releasing it,” she said.

Out of all the musical genres, Liza explained why she has always been a fan of rap music. “I actually don’t know why. But probably because when I was younger my mom would listen to R&B and rap and my father as well. I find that rap is very difficult kasi and it requires a lot of passion. For example, Eminem writes his own songs and all of them have a message to it. Some are very personal about his life, some may be about other things. I find it tricky and parang it challenges me to sing it,” she added.

Apart from planning to have her own album someday, Liza admitted she would also consider performing in concerts when she is more ready. The pretty actress said she would love to do a collaboration with KZ Tandingan. “Actually before pa lang, nag-pa-plan kami magka-album pero hindi siya matuloy tuloy and gusto ko pag nagkaron ako ng album matutukan ko ng matagal and I want it to be very special to me. I would be releasing something I’m very passionate about so I would be very hands-on about it kaya hindi pa nagagawa. Pero hopefully sometime soon when I’m a bit more free,” she said.