EXCLUSIVE! Richard Gutierrez on finally proposing to Sarah Lahbati: ‘I just want to make it right’

The It Takes Gutz to be a Gutierrez star announces his engagement to longtime girlfriend and mother of his son Zion. 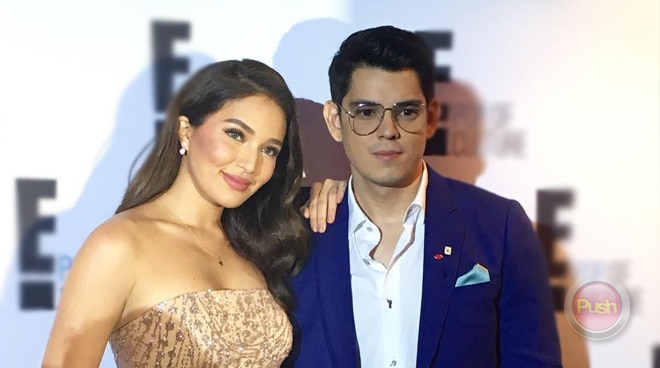 With the surprise announcement of their engagement at the kick-off party of the newest season of their cable reality show It Takes Gutz to be a Gutierrez, Richard Gutierrez and Sarah Lahbati admitted the proposal took place during their trip to Switzerland.

“It’s a special moment for us. We’re excited to start a new chapter of our lives and you know guys I tried holding it off, I tried but my life with Sarah is better and we’re happy and we can’t wait to do this together,” Richard shared with PUSH during the their E! Channel viewing party held last July 31 in Taguig.

Richard also revealed the reason why it took him so long to decide when to tie the knot with his longtime girlfriend.

Having kept the public guessing for the past couple of years about his plans with his family and career, Richard divulged getting engaged and working in a new network this year has totally reinvented him as a person and as an actor.

“I guess you can say that. I’ve been that for a couple of years but I guess now people are recognizing it and I’m more comfortable now. I have my family and I’m happy. And I just want to share that with the people,” he added.

“You know it’s the first time I’m doing that kind of character and I must admit that I’m really enjoying it. As an actor I’m really having fun recreating and being creative with my character. It’s a different light on me so it’s fun. Zion watches every night. I watch with him when I have a chance but he covers his eyes every time I come out or every time I do something naughty so we explain to him that Sandrino my character is not dada. Dada is dada and Sandrino is a different person,” he explained.

Catch Richard Gutierrezm Sarah Lahbati, Zion, and the rest of their family on It Takes Gutz to be a Gutierrez which airs every Monday at 8:30 pm on E! The E! Channel is on SkyCable channel 57, Cignal channel 61, Cablelink channel 33 and other cable operators nationwide.