Fans can surely relate to a number of scenes and moments of Malia and Tristan that they made memes to remember it. 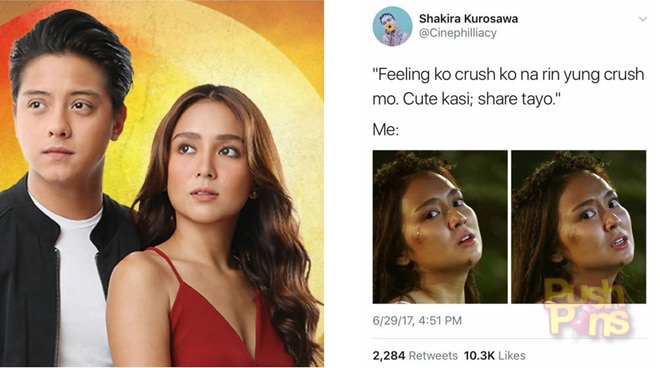 Almost two weeks since it was launched on primetime and La Luna Sangre continues to dominate its slot.

Aside from the death-defying stunts and dialogues, La Luna Sangre also came to be known with the notable gestures of its lead stars Kathryn Bernardo and Daniel Padilla.

With its ratings continuously soaring, fans made the most of the few scenes to feed their love for memes.

There were those memes about love. Some are about friendship. The others are about work. But there are those that seem to practical and apt for a lot of situations, including going to school or fangirling over the Box Office King and Queen. For what it’s worth, fans can seemingly expect more of such noteworthy gestures and lines in the coming weeks as Kathryn’s character Malia finally met Daniel’s character named Tristan.