Why is Ogie Alcasid no longer hosting the Pinoy version of ‘Little Big Shots’?

Ogie Alcasid says he is happy for Billy Crawford who was chosen to host the show. 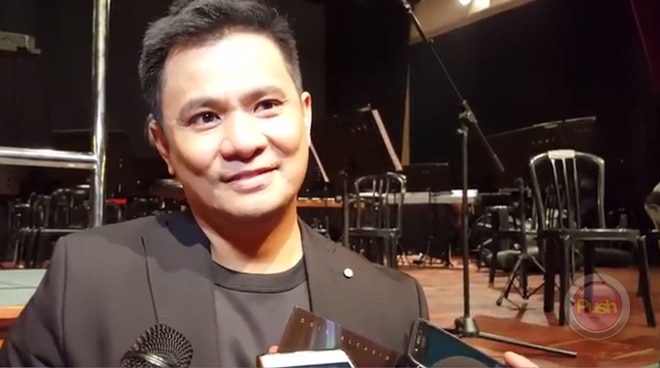 Ogie Alcasid was initially considered to be the host of the upcoming Filipino version of the international hit show Little Big Shots. The Kapamilya singer revealed that he was the network’s first choice but the company that owned the Little Big Shots franchise wanted Billy Crawford.

“Ako ‘yung pinu-push ng ABS. I think the company that owns the franchise wanted to see me, I think because baka bago lang din ako dito and because they know Billy obviously because he is an international star and I’ve see him, dami na niyang hinost, so they wanted to see me. So na-feel nong may-ari nong franchise na si Billy talaga. Eh sila may-ari siyempre sila masusunod. Na-appreciate ko naman sa mga boss natin sa ABS-CBN they were very supportive of me, they were very honest,” he relayed in an interview with the media at the launching of his new album Nakakalokal.

Ogie relayed that his wife Regine Velasquez is a big fan of the show. When asked if his wife felt sad about what happened, he replied, “I guess siguro nagdamdam si Regine siguro for me dahil gusto niya sa akin ‘yun but like I always say di ba, meron nababagay sa’yo, meron hindi, di ba? And thinking now ‘yung schedule ko hindi ko na yata magagawa and I am so happy that Billy is able to get it and I am very proud of him,” he said.

He added that they have already accepted the result. He remarked that he is elated for Billy. “Kami kasi tanggap na namin ‘yun that it’s part of ‘yung business today. Siyempre dapat talaga ‘yung karapat-dapat yung maging host and I am just thankful to ABS-CBN that they even considered me, that I was even given the opportunity to do the mock shoot and I am so happy that it went to Billy. I’m very proud of him. Obviously he deserves more than I do and I even texted him and sabi ko ‘Pare I am one hundred percent with you all the way’ and I wish him all the success for it,” he said.