Summary: MMDA Execom Chairman Tim Orbos said they respect the decision of the 3 ex-MMFF board members. 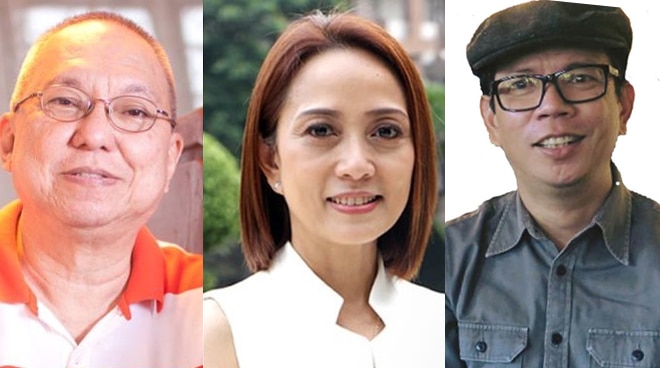 "Though it is unfortunate that Mr. Roland Tolentino, Mr. Ricky Lee and earlier on Ms. Kara Alikpala resigned as Execom members, we respect their decision and have amicably parted ways . We also maintain our objective to provide our MMFF patrons quality films with commercial value for Christmas 2017," the chairman said.

"Let me just correct the erroneous report that Kara resigned after the results of the first 4 films have been announced --- No, she resigned even before any deliberation happened. They may have their own reasons for leaving and we respect those.

“Besides, some of Ricky's films too, we were earlier informed, are to be submitted as finished films. We have always admired his integrity. Personally I respect Roland's opinion and reasons for resigning. I know that he knew the group's dynamics from the start as he was the Chairman of the Rules Committee that drafted the rules for the separate script and finished film submission.

“We feel for everyone who were not part of the first 4 official entries. But as Ed Lejano and I pointed out, hindi natin dapat isuko ang laban. If we feel that excellent films ought to be part of this year's MMFF line up and that indie films were marginalized, then we should fight for them. Even if we quit, the MMFF will still go on anyway. If we see its potential in doing something good for the industry as we still do ---proof of it is that most of the producers - even indie or mainstream, still have the intention of joining and to put it bluntly, earning from it --- then we should continue guarding our gains from the past and change it from within. It is a tedious, tricky and difficult balancing act as we also have beneficiaries to subsidize.

“But we cannot give up on the MMFF just yet, as it still has the most viable play date compared to all the other local festivals, thus, it'll always be an arena for struggle. My last request— let us stop the bashing and the harsh words, the name calling and the hate. Can we focus on being more productive and positive and push for more gains for all the stake holders of the MMFF? Kapit-bisig lang! " Ferrer said.