EXCLUSIVE: Albie Casino admits he is happy to not have any drama in his current love life

Albie Casino on his role in ‘Triptiko’: ‘I’m a happy-go-lucky millennial’ 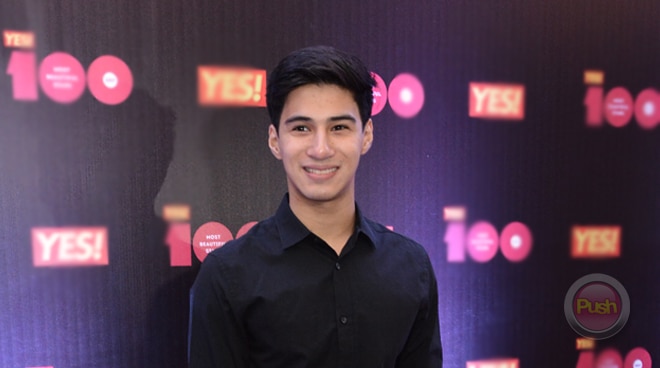 After making it again into this year’s list of YES! 100 Most Beautiful Stars, Albie Casino admitted he has not made any special changes in his routine since being chosen the first time. “It’s nice to always be included in this list. I think it’s my third time. It’s my first time going to the event I guess so I don’t know if this is the first year they had this. My fitness routine is still the same. It’s just a consistent lifestyle. I workout whenever I can then kickboxing and eating right. Right now I don’t have a diet basta I stay away from certain types of foods,” he shared during the YES! presscon held last July 11 in Quezon city.

The 24-year-old actor said he has never considered himself to be a vain person, but he just likes looking good. “Nung naging artista ako parang I guess hindi ako pangit di ba? (laughs) Parang ganun yung pumasok sa utak ko. Pero it’s still flattering to always be included in this list. And parang as much as possible I don’t leave the house if I’m not like looking good. Basta as long as I don’t leave the house looking like poop it’s okay (laughs),” he admitted.

Even though it’s been a few years since his much publicized breakup with Andi Eigenmann, Albie said he wants to keep his distance when it comes to issues currently surrounding his ex-girlfriend. “I’m just glad to be out of that stuff you know what I mean? I don’t need things like that anymore pero I hope the best for her. What’s going on with them and stuff like I’m not really updated like with the headlines. I don’t read that stuff na. I mind my own business. I’m out of that,” he shared.

At present, Albie said he is very much happy dating a non-showbiz girl. “Happy heart yes super. It’s going good naman. We’re almost a year and a half? I think almost two years na. It’s just you learn something new about the person you’re with every day di ba? We’ve been together for about a year and a few months so I’m still getting to know her and stuff like that,” he said.

As the star of the current indie film entry Triptiko, Albie shared why it was not deliberate that his role shares the same name as Andi Eigenmann’s ex-flame Jake Ejercito. “Kasi I shot this movie two years ago eh (laughs). It will be shown in the Pista ng Pelikulang Pilipino this August 16 to 22 so I hope everyone will get a chance to see that. In the movie I play Jake, a happy-go-lucky millennial who in one day everything bad that could happen happens to him. The concept of the movie is very different. The story in itself is not typical in that way,” he said.