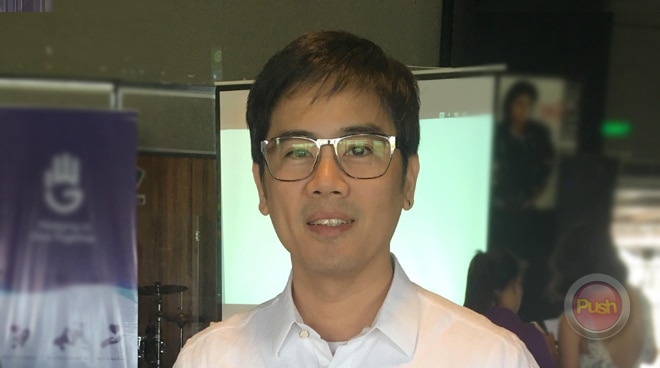 Even after a year after becoming the Assistant Vice President for Entertainment of PAGCOR, Jimmy Bondoc admitted his heart will always have room for music. “Yung music kasi I never left behind naman. I still do a lot of free shows now. I partially miss the struggle and the challenge of living by the sword of my music, yung by being creative and by networking to remain afloat and to remain relevant. Artists are always like that. Artists are always living day to day. It is generally a freelance job being an artist. Even the signed artists are usually in spirit freelancers because they are always looking for the next show, the next gig, the next audition. And I thrived in that so I miss that. Definitely there’s a big, big chance (for another album). No time period but definitely you can definitely bank on that kasi I’ve never stopped writing,” he shared during the Gava crowdfunding platform media launch held last July 11 in Quezon city.

As one of the personalities who has used the fundraising platform, Jimmy hopes to create more campaigns online with it. “Gava Gives has been proven effective and we have utilized it already in many ways to pool together the goodwill of a lot of people. Simply put, napakagaling ng Gava Gives dahil kaya niyang pagsama-samahin ang mga magagandang intensyon ng mga tao. And it transcends politics. Nalalagpasan niya yung mga politika kasi nakaka-diretso kami sa mga tao na may magagandang intensyon so full support ako sa Gava Gives,” he shared.

Recently, the Gava Gives supporter decided to join law school as a freshman in San Bela Law. “The choice of school is because it’s very close to my work so it’s very convenient. And the choice to go into law is really parang a lifelong dream. Bukod dun, siguro para maging mas may silbi ako sa administration,” he said. Even at 42, Jimmy admits some of his classmates still get star struck when meeting him. “Kung minsan sa eskuwela ay siyempre napagkakatuwaan yung pagiging singer ko. Pero mga law students yun, mga diretso ang pag-iisip nun. Kumbaga proportionate to the attention it deserves. Maliit lang,” he added.

After more than a decade in the industry, Jimmy said his current position has not changed his views as an artist. “I never stopped who I am. When I became a musician I wanted to be a voice of a few high ideals and what I am doing now is still being a voice I hope. And I really hope to be a good voice and not just a noisy voice. So wala namang nag-iba. I just always pray that my heart is in the right place. People will always say na iba si Jimmy noon sa ngayon, kasi ibang iba ang public perception sa katotohanan. Sa akin ang katotohanan is I will just persist in doing what I’ve always wanted to do which is to be a voice hopefully for good things. I hope so. Pinagdadasal ko lang na sana ang boses ko ay laging sa mabuti ang isalita,” he said.