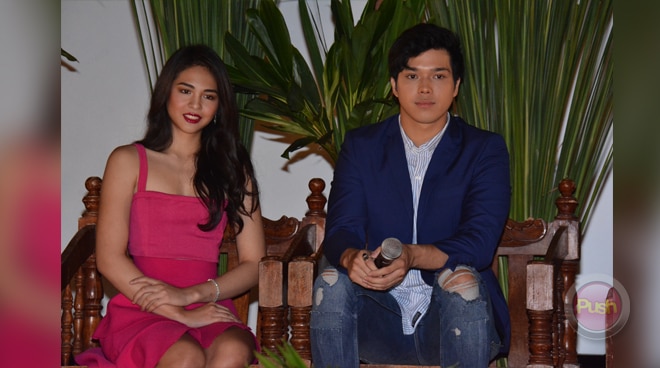 Ending weeks of speculation, rising tandem Elmo Magalona and Janella Salvador finally confirmed rumors that they won’t be working with Joshua Garcia on a teleserye anymore.

Elmo and Janella were some of the stars who were introduced as part of the upcoming soap titled Kung Kailangan Mo Ako along with Joshua, McCoy de Leon, Elisse Joson, Alexa Ilacad, and Nash Aguas.

However, just weeks ago, reports had it that ElNella, as the two are tagged, were no longer part of the soap and that the show also supposedly had a new title.

Janella, for her part, explained, “Or yung roles namin supposedly ibang iba na from when it started. I don’t think it would benefit the show or even kami kung itutuloy pa namin.”

Even if the two are no longer part of the soap, they remained grateful that they were the last ones to be chosen to be part of Bloody Crayons.

“May sinabi pa before na kapag nawala sa ‘yo ang opportunity, it’s a good opportunity for someone else,” Janella added.

Elmo, meanwhile, believes that everything really is about “good timing.”

Although they did wonder why they were no longer pushing through with the teleserye, both Elmo and Janella are very much grateful that they were given their first films under Star Cinema. On top of that, the two are also working on their fantasy-romance film My Fairytail Love Story.

Catch Elmo and Janella and the rest of the Bloody Crayons in cinemas starting July 12.