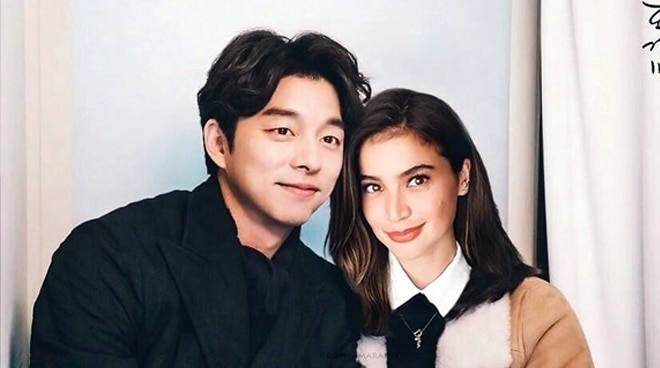 Anne Curtis got many KDrama fans jealous because of a certain tweet on Monday.

A certain follower posted photos of Salve Asis' column on Pilipino Star Ngayon where she revealed that a project with the Train to Busan star is in the works for Anne.

Anne replied to the fans query by saying "Praying."

The column noted that Viva's head Vic del Rosario is already in talks with Korean business partners to make the project possible.

Apart from hosting the noontime show It's Showtime, Anne is currently busy filming her action film Buy Bust under the direction of Erik Matti.

It may be recalled that Anne, who recently got into watching Korean Drama, has been very vocal about her admiration for Gong Yoo.

In fact, Anne even came to Kim Atienza's international pocket interview with the Korean star. However, she unfortunately failed to get even a photo op with the famed Korean superstar.