Maureen Wroblewitz is proud to win Asia's Next Top Model: 'I'm not just a pretty face'

The ASNTM season 5 winner admits she wants to give showbiz a try too. 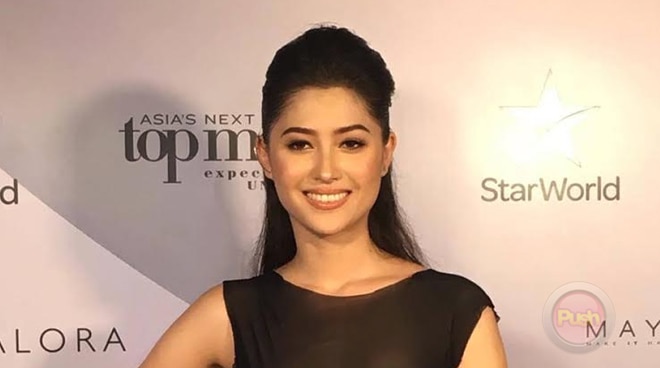 After making history as the first Filipina to win Asia's Next Top Model, Maureen Wroblewitz revealed she was feeling very emotional after the show's finale last June 28.

"I just feel really proud of myself and everyone. It was not just my dream, it was really a win for the Philippines because all the Filipinos were hoping for a Filipina to win this year and I made it for them and it's like their dream.

"Even before I joined the competition I was doubting myself. When I was there I didn't even know what to do at photo shoots and the other girls were judging me. Like why is she even like still here? Why do other models get eliminated and the girl with the least experience is still here? And slowly I was learning and I was doing what the judges were telling me.

The 19-year-old Fil-German beauty shared it was a tough road for her during the competition, on and off camera, until she made it to the top three.

"I do remember the hardest part was feeling confident next to all the other models who were a lot taller and had much more experience. I really had trouble feeling confident and feel like I really could win this because it was like they were all judging me and they had so much more experience and I don't know anything. I don't know what I'm doing. That was the hard part. But I never gave up and I really got to prove that to myself to everyone that I really am strong," she said.

Now that the season is over, Maureen divulged what her other plans are after the show.

Some of the prizes she got to take home from Asia's Next Top Model is a new car from Subaru, a NYLON magazine cover and fashion spread and a modeling contract with Storm Management, a prestigious agency abroad.

"I just want to thank everyone so much for the amazing support. I really didn't expect to get that amount of support. I'm just really thankful for all the comments, for all the sweet messages. Like I was once like the craziest fan girl and I was always looking up to other people and having other people look up to me is just the craziest feeling and I want to be the role model for them. I want to inspire them to go out there and to follow their dreams," she said.