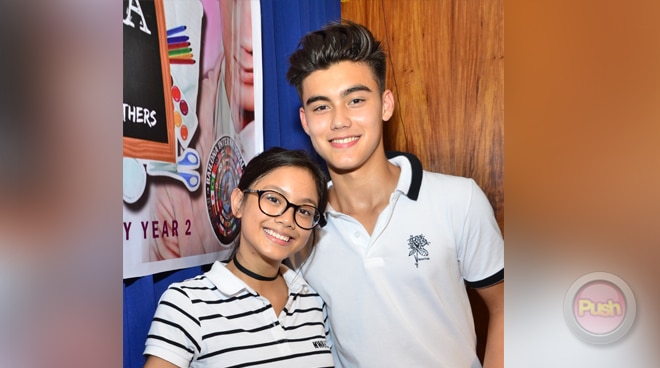 Bailey May and Ylona Garcia brought joy to many children at the BaiLona Gives Back charity event last Saturday, June 24, 2017 at Christian Mission Service. The Kapamilya stars shared that the idea of organizing the said event came from their fans in celebration of the second anniversary of the BaiLona love team this year.

“Actually nag-organize po ‘yung mga fans namin sila at nong narinig ko po ‘yung idea nila, gustong-gusto ko po talaga. I mean every time we celebrate kami ni Bailey, we want to celebrate it not just for the two of us, but for everyone. Especially we want to show people that we should be aware of the children ‘yung mga bata. Everything that is going on in this world has been crazy so we just want to celebrate as much people as we can especially mga bata para masaya sila,” Ylona said.

For Bailey, being able to give back at such a young age is a blessing itself. “You know I feel very happy because seeing these kids they seem to be very happy. It’s the best to give back to people especially when you’ve been given blessings, it’s also nice to share your blessings with other people and we have been very blessed to do this event and kami ni Ylona sobrang masaya kami,” he said.

Meanwhile, Bailey revealed at the event that they would be back in the studio next week to record a song. Ylona shared some details about their upcoming song. “Very mixed, it’s a mixture and we want to make sure that it is our style at tsaka it’s also bago like ‘yung mga music ngayon, it’s all beats and beats, gusto namin ‘yun ang mga style namin ni Bailey,” Ylona relayed.