Baron Geisler shows up unannounced at the URCC MMA presscon. 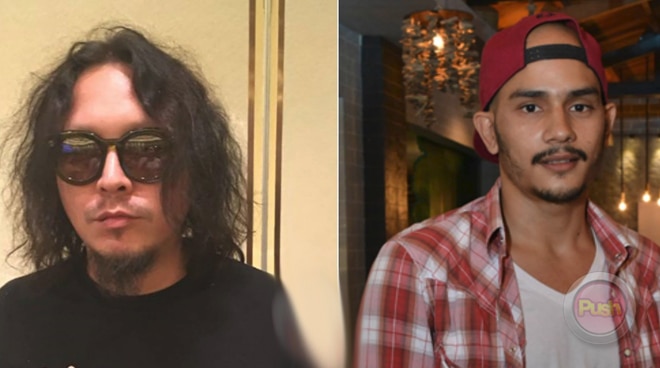 After his fights with Kiko Matos last year (one in a public bar and the other in the ring), Baron Geisler made an unexpected appearance at the Universal Reality Combat Championship (URCC) press conference to challenge Kiko to another fight this year. The two actors admitted last year’s fight (which ended up in a draw) was all part of their documentary Beastmode. “There’s a Kiko-Baron part two if he has the balls for it. Well it all depends sa kontrata siyempre may mga legalities yan na kailangan ayusin but I’m not backing out sa part two na ito,” he shared during the URCC MMA event held last June 19 at the Winford hotel in Manila.

The two almost ended up in another fistfight after Baron kept hurling expletives at his former friend. “He was never my friend. He’s a f**king backstabber and a liar. P*tang ***. Seriously, hanggang doon na lang ba? This is not part of the f**king movie or what not. Come on bring it on. That’s all you’ve got. So lame. Dude, I’m trying to atone for all the sins that I’ve done. And this fight, it’s not just to beat you up, this fight is f**king real,” he declared.

During the event where Kiko was introduced as an official URCC fighter, Baron dodged a beer can hurled at him by the indie actor and egged him on to a fight. “He throws like a little girl. Here’s your beer, you f**king faggot! We’re not yet done Kiko,” he said.

Although he denied it, Baron was said to be smelling of alcohol when he arrived late at the presscon. The talented actor insisted he has kept his drinking under check. “That’s the reason why I joined this URCC thing. My drinking is fine. If Kiko just wants to demoralize me sa laban na ito at sa hamon na ito then fine. God bless you guys. Let the people judge. Let the people decide,” he explained.

Whether or not the two will have a match at the upcoming URCC 31: Vendetta event to be held at the Araneta Coliseum on August 12 is still unclear but Baron said he has already started preparing for it. “Yes this is all secret because this is not for our political film na ginawa namin against violence. This is about my score. Kasi draw (yung fight namin last year) di ba? Tingnan natin kung sino talaga ang panalo this time. I’ve planned it out and maybe before the laban I will let the people know how (I’ve been preparing),” he shared.