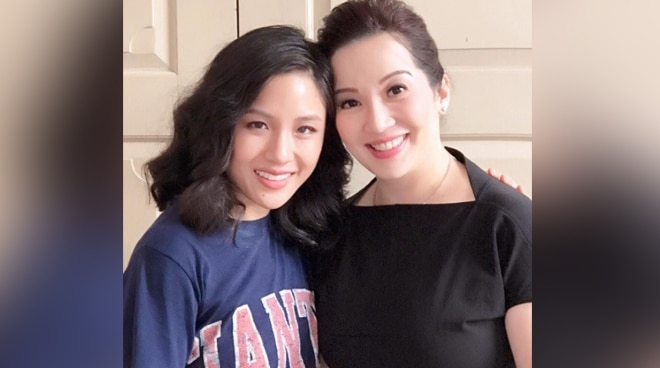 Kris Aquino had her fan girl moment when she met actress Constance Wu in Singapore. Constance stars in the show Fresh Off the Boat which Kris has been watching.

“We've seen every episode of the 3 seasons of #freshofftheboat & so happy they've been renewed for Season 4! Thank You @wonstancecoo (Jessica Huang, the Mom of Eddie, Emery, and Evan & Louis' wife) for being so gracious, I know how exhausted she was BUT she still made the effort to pleasantly converse w/ me,” Kris wrote on Instagram.

Coincidentally, Constance has been cast as the lead star in the upcoming Crazy Rich Asians movie, in which Kris has been rumored to be playing a role. Does this photo finally confirm Kris’s involvement in the said Hollywood movie?