Matteo believes the nation should know that Sarah is beautiful. 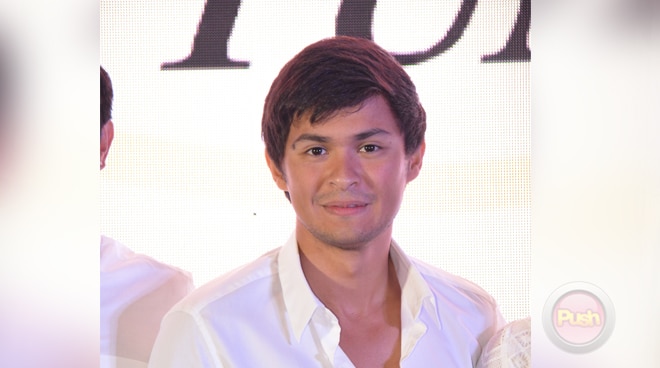 Matteo Guidicelli recently got a lot of girls envious when he echoed the obvious comment of The Voice Teens¬ coach Lea Salonga about his girlfriend Sarah Geronimo.

Quite unexpectedly, Matteo quickly reacted to her post.
In an interview at Sun Life’s Sun Shorts 2 launch, Matteo claims that he still gushes over his girlfriend even until now. “Siyempre naman!” he said.

Sarah and Lea are both coaches in The Voice Teens.

About his instant reaction to the Broadway star’s comment, Matteo said, “Siyempre, she compliments the person you love, it’s something nice.”

Speaking like a proud boyfriend, Matteo emphasized that the public needs to know how beautiful Sarah is.

Meanwhile, with the outpour of blessings that are coming his way, Matteo was quizzed by the press if he was “pressured” to become “richer” than the Pop Star Royalty.

To this he said, “Pressured to be richer? I don’t think there should be a competition. What matters is how much you love somebody.”

The actor even played it coy when asked about his net worth.

The Fil-Italian star hails from Cebu and was born to parents who are into exporting products.

At the moment, Matteo stressed that he’s still working hard to achieve his goals when questions about settling down with his long-time girlfriend cropped up.