Mark Anthony Fernandez is set to have another hearing for his case on June 21. 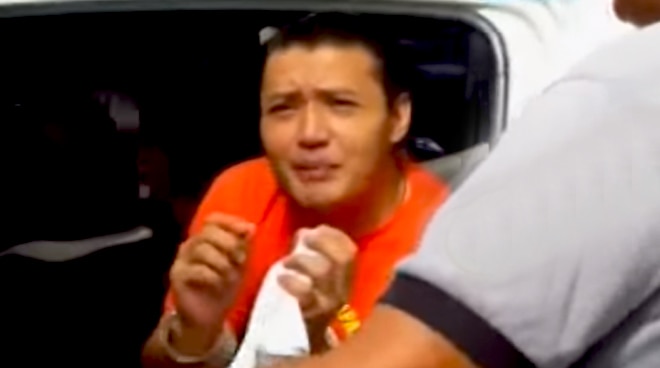 Actor Mark Anthony Fernandez wasn’t able to contain his emotions during hearing of his ongoing transportation of illegal drugs case at the Angeles City Regional Trial Court on June 8.

In a report by 24 Oras, the prosecution presented Mark’s first interview wherein he claimed that he was set to use the alleged marijuana which he was carrying on his car for personal purposes.

But in his second interview, which the prosecution presented, Mark Anthony claimed that the marijuana wasn’t his and that he was actually just supposed to buy it.

The presentation of his interviews only resulted to a deduction that he had given conflicting statements in the separate interviews.

Mark’s hearing is set to commence on June 21.

The former Gwapings member was nabbed at a checkpoint in Angeles City, Pampanga in October 2016 with what was presumed to be a kilo of marijuana inside his car.