Andi Eigenmann: ‘I can’t control how others feel or think though. I am only accountable for myself’ 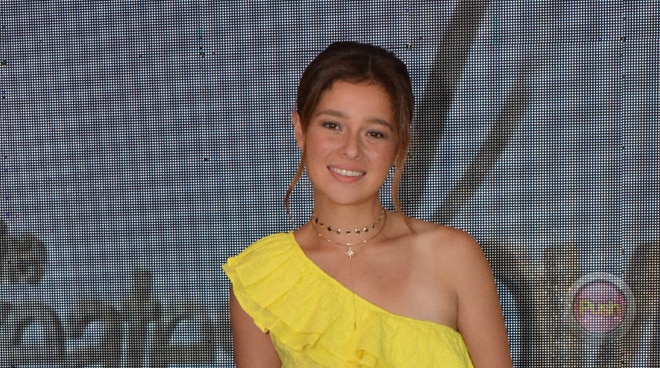 Andi Eigenmann considers her mother Jaclyn Jose’s social media outbursts against the father of her daughter Ellie, Jake Ejercito as well as his family quite unnecessary.

Jaclyn recently made headlines anew after furiously taking to Instagram her thoughts about the petition for joint custody that Jake filed for his and Andi’s daughter, Ellie. Not only that, the seasoned star also called the attention of Jake’s mother Laarni Enriquez as she made tirades about Jake and his supposed lies about her daughter.

To this, Andi, in an interview with PEP said, “I wish she hadn’t done that.”

Not only that, The Greatest Love star also called the action “uncalled for and unnecessary.”

“We should all know by now that everything will better be settled if not done in public,” she stressed.

Andi, who has been in the center of controversy ever since announcing that she was pregnant with her first child years ago, reiterated that what she only wants now is the exact opposite of what she had gone through before.

“All I want is to live my life peacefully. I believe we all want the same,” she said.

Despite airing her thoughts about the recent issue, Andi pointed out that she is not going against her mother in any way.

“This isn’t in any way to go against her, it’s just that I only have been pointing out that I only ever feel the need to defend myself to the public during those times that (I felt) Jake did that to me. But as long as he doesn’t, I too, would prefer to stay quiet,” Andi explained.

She also underscored that, what with all that she and Jake have experienced through the years, “I believe although, indirect, we have both come to that understanding/agreement.”

Nevertheless, Andi is well aware that she doesn’t have any hold on other people.

“I can’t control how others feel or think though. I am only accountable for myself,” she ended.