Pauleen Luna is now on her 10th week of pregnancy. 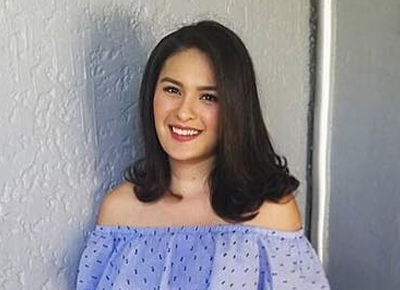 Pauleen Luna wasn’t able to mask her surprise over her husband Vic Sotto’s surprise announcement of their upcoming bundle of joy.

Vic announced the good news during his birthday celebration on Eat Bulaga.

In an interview with the mom-to-be by PEP, Pauleen revealed that she did not expect her husband’s move.

According to Pauleen, they weren’t supposed to make any announcement about their firstborn. She also shared that her doctor advised her to take a lot of rest as she’s now 10 weeks pregnant.

Interestingly, Pauleen noticed something quite unusual about her body.

Pia is currently pregnant with her second child to her husband Steeve Mago.

Pauleen shares that she’s not shown any preference for any specific food or person at the moment.

How about morning sickness?

Pauleen said she and Vic are hoping to welcome a healthy baby.