After the success of 'Be Careful With My Heart', will Jodi Sta. Maria and Richard Yap reunite for another series? 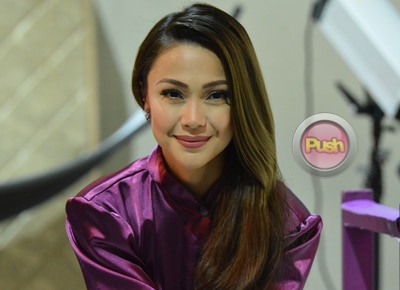 Jodi Sta. Maria remained tight-lipped if she will star on a reunion project with former leading man Richard Yap. Both topbilled the series Be Careful With My Heart which catapulted their onscreen partnership to success.

"Basta ang masasabi ko merong gagawing teleserye pero 'yun muna talaga ang masasabi ko. I don't want to confirm anything yet," she said. But she stressed that she is open to working again with Richard if an opportunity arises. "Who wouldn’t want to naman di ba? Nakatrabaho ko na siya before at wala namang problema," she said.

While everyone is waiting for her much-anticipated comeback on television, Jodi will headline the upcoming Star Cinema film Dear Other Self. The actress is thrilled that the movie will finally hit the silver screen. "In a way meron [pressure] pero mas iniisp ko na lang na we did our best pagdating sa pelikula. We did our best pagdating sa promotion so bahala na si Lord don sa natitira pa," she stated.