Instead of firing back at the singer, Daniel recognized that everyone is entitled to their own opinion. 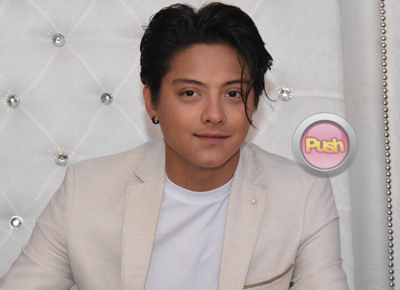 Daniel Padilla humbly responded to the heated tirades posted by “Paminsan-Minsan” singer Richard Reynoso on his Facebook account a few days ago.

In a phone interview with Ambet Nabus and Gretchen Fullido on their DZMM radio program Chismax on Sunday evening, Daniel, who is currently in Hong Kong with Kathryn Bernardo for a series of screenings of their film Can’t Help Falling In Love, addressed the latest issue hurled at him.

The singer-actor was criticized for his performance in the recently-concluded Binibining Pilipinas 2017 coronation night.

The “Hindi Ko Kaya” singer lambasted the way the La Luna Sangre star serenaded the candidates of the pageant.

He likewise complained about Daniel’s supposed “off-key performance” of the song “The Way You Look Tonight.”

Kathryn, during her turn for the interview, thanked the fans who have supported their summer movie and shared that they are set to get back into training for their upcoming fantaserye La Luna Sangre soon as they return to the country.