Vic Sotto revealed Pauleen’s pregnancy and asked for prayers for her safe delivery. 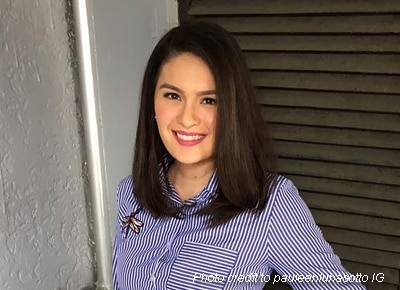 Eat Bulaga! hosts Pauleen Luna and Vic Sotto announced today, May 6, that they are on the family way.

“Buntis ako,” Vic joked in during his 63rd birthday celebration on the noontime show. He then turned serious saying his wife is pregnant and they’re asking for prayers for the baby.

Vic and Pauleen tied the knot last January 30, 2016. In Pauleen’s previous interviews, she shared that they’re trying to conceive.