JK Labajo is grateful he is being bashed for playing his character Lucas. 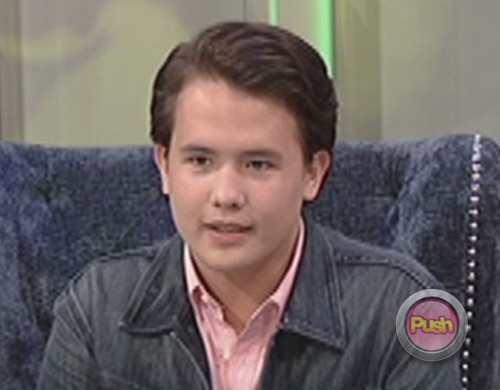 Sa Tonight with Boy Abunda, JK Labajo said he takes it as a positive thing that he is being bashed for his character Lucas in A Love to Last. He said his co-stars advised him, “you should feel good kasi effective yung character mo.”

He also chose “acting” over singing.

When shown several pictures of himself with Sue Ramirez, JK said, “we’re really close to each other. She’s really my ate.”

There were also some photos shown of Asia’s Next Top Model finalist Maureen Wroblewitz. JK said about Maureen, “she’s my friend.” Asked if there is a spark between them, JK replied, “siya ang makakasagot niyan.”

Asked who is the most madaldal among Bea Alonzo, Iza Calzado, and Julia Barretto, JK admitted, “Bea.”