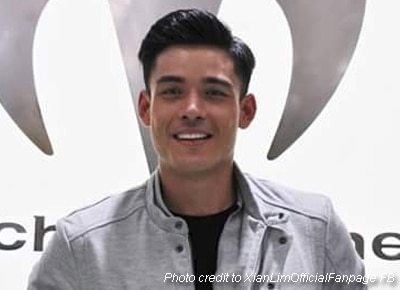 Actor Xian Lim spoke up on the issue that he was only a second option to play one of the male leads in the upcoming Star Cinema movie, Dear Other Self co-starring Jodi Sta. Maria and Joseph Marco.

“Ngayon ko lang ‘to nalaman. Nabanggit sa akin, hindi ko alam ‘yung history ‘nung project. All I know, ‘nung sinabi nila sa akin is makakatrabaho ko nga si Jodi at si Joseph. So sabi ko why not grab it?” he said, before adding that this is his first time working with the both of them.

He also said that there is no issue that the role was offered to someone else first. “I think naman sa lahat ng projects, maraming kino-consider din. It’s not just one actor. It’s our job to just be flexible, di ba?”

Meanwhile, Xian said that he had a lot of fun shooting the movie as all his sequences were shot abroad.

“Me, working with Jodi, parang hindi siya ‘yung inexpect ko… She’s actually sobrang daldal, makulit. I think we had so much fun and I think na-capture naman siya, hopefully.”

When asked if he feels pressured considering that he is being paired with Jodi whose pairings with Richard Yap and Ian Veneracion became successful, Xian said that he is not competing with their team-ups.

“I just want to say that this movie is just really fun. Of course, meron love aspect pero aside from that, this movie’s going to be focusing on life decisions… It’s not 100% talagang sa love.”

Dear Other Self opens on May 17 in cinemas nationwide.