Why Boy Abunda trended on Twitter and made viewers cry

‘King of Talk’ Boy Abunda made viewers cry during his interview on “Magandang Buhay.” 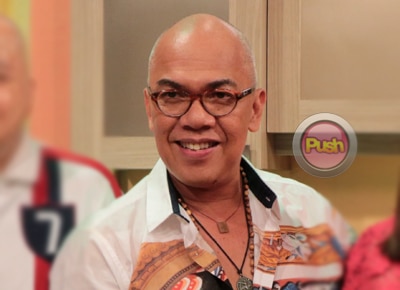 ‘King of Talk’ Boy Abunda made viewers cry when he talked about his life story on the morning talk show, Magandang Buhay on Wednesday, May 3.

He said that it was during this time that he promised to do everything to be able to provide for his mother, who was a public school teacher.

After his father’s death, they returned to Samar and had a lot of debts to pay. He has also quit school. He was then studying at the Ateneo de Manila University – the school his father dreamed for him.

Boy then decided to come to Manila to work. He admitted roaming the streets and sleeping on benches in Luneta. “Ako’y nakitulog, ako’y nakikain. I depended on the kindness of friends and strangers… Lahat ng trabaho pinasok.

Boy became a salesman of encyclopedias and fire extinguishers, and worked as a server and an assistant cook in a restaurant, among others.

He also recalled how he was discriminated and ridiculed for his Waray accent. “I was told one time before I started hosting that I was not going to make it as a host because I have an accent. As if my accent defines my mind…”

He then studied English but cleared that it is not to lose his accent as he is a proud Waray.

But what led him to show business was when he became a production assistant at the Metropolitan Theater. Saying that he enjoyed the work, he added, “Kung ang tao noon, umuuwi ng 7, 8 in the evening, I was backstage until 12, 1, 2 in the morning because I wanted to do my job well.”

Until someone noticed his hard work and friendliness that he was offered to work for businesswoman and socialite Conchita Sunico’s public relations team. From then on, he studied and became a publicist. “At 22 or 23, I was a member of the board of directors of the Metropolitan Theater.”

As for the most memorable lesson he learned from his boss, he said, “Be careful because words matter.”

Finally, Boy was not able to hold his tears back while giving a message for host Karla Estrada and son Daniel Padilla.

“Karla and I had that very special connection because pareho kaming Waray, pareho kaming nang galing sa mahirap… Maraming tao ang hindi naniniwala kay Karla. Maraming tao were not as welcoming to her. She wanted a better life for her children. She was being judged… I’m so proud that Karla raised her children, including DJ to be very good people.”

The episode trended on Twitter Philippines’ top spot as it drew reactions from netizens.