The Star Music artist reveals why it took him so long to make a new album. 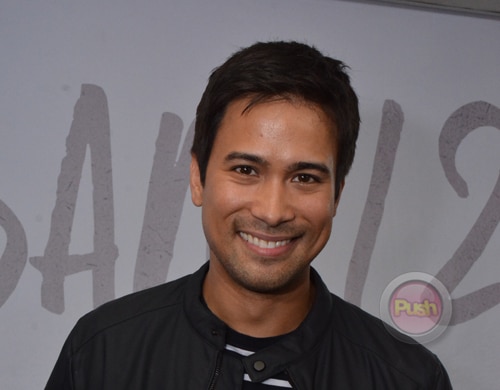 As the release of his newest album Sam:12 coincides with his 12th anniversary in showbiz, Sam Milby revealed why it took him a while to come out with another album. “Hindi ko alam (laughs). Naging busy? Ang daming nangyari in between. But ako I’m just happy that after six years I’m back with another album that I can say I’m very proud of. I did co-produce the whole album. It’s nine tracks all original except for one song which was for a movie The Mistress. It was Chasing Cars,” he shared.

Sam said he is proud of his latest project. “Mahirap mamili ng favorite song ko dito. I feel that there’s no throw away album. This is my strongest album I’ve had. It has old and new sound and there’s a lot of upbeat but there’s also that rock ballad. I miss music. I have my own home studio na that I’ve been investing and buying equipment. I’m enjoying that and I would like to actually learn. I would love to do classes for music production. I look at it more as my hobby. Like I really enjoy it. It’s something that I would love to study more kasi I can’t really open it to the public and say that I’m going to professionally record when I’m more self-taught. But it’s something that I would love to do eventually if I could,” he divulged.

Even though he has been less active in showbiz in recent years, Sam said it does not mean he is slowly leaving the industry. “I don’t feel na nag-slow down. Kasi over a year and a half yung Doble Kara and ngayon it’s about the album and bukas may meeting ako for a new movie. It was also my decision. Ayoko ng sabay sabay lahat. Kasi ngayon when I do something gusto ko ibigay yung buong puso ko. This album was supposed to be released last year na sabay ng Doble Kara and it was my decision na ayoko na muna i-release kasi mahihirapan ako mag-promote and I don’t feel na yung buong puso ko would be sa promotion ng album,” he related.

The talented singer also said he is not yet ready to give up his dreams of making it into Hollywood. “We still have plans. It’s more if I have time gusto ko mag-audition. I still have my management sa L.A and they still send me emails if they want to audition for a project. So kung may time gusto ko even if (just) for the experience,” he stated.

After his soap, Sam said he is now busy preparing for a new movie with Regal Films. “Kasi I have a two movie contract with them. So The Pre-Nup was the first one and bukas malalaman ko yung ano yung isa. When I get permission and for sure I’ll let you guys know,” he added.