New yet familiar faces are set to invade your nightly viewing habit of the top-rating primetime series. 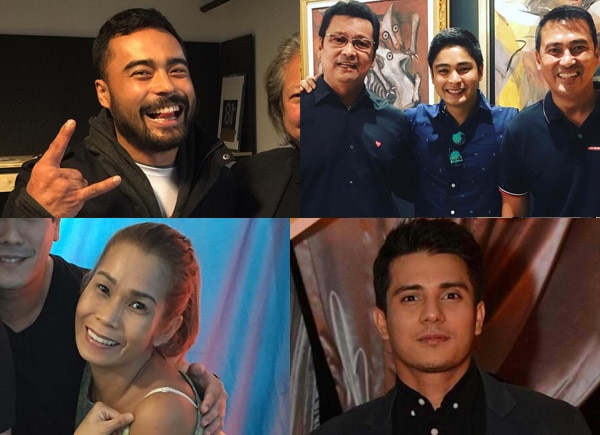 The first book of the top-rating primetime soap FPJ’s Ang Probinsyano concluded on an intense note as Coco Martin’s character Cardo killed his top nemesis Joaquin played by Arjo Atayde. Along with Joaquin, several other key characters also exited the show as new ones are set to enter the newest season.

Here are the 10 new stars to watch out for in the second book of FPJ’s Ang Probinsyano: Actor-politician Lito Lapid started his showbiz career as a stuntman until he became one of the most sought-after action stars of Philippine movies. He is most prominent for his iconic role of Leon Guerrero.

Years in the biz honed award-winning actor John Arcilla’s craft. He is best known for his character as Antonio Luna in the top-grossing Filipino historical film Heneral Luna. John recently earned his star at the Philippine Walk of Fame in Eastwood, Quezon City.

Pokwang is a versatile talent who can shift from comedy to drama real quick. While she is a mainstay at the gag show Banana Sundae, she last appeared on the celebrity talent show I Can Do That.

With her youthful glow, one wouldn’t think Angel Aquino is already in her 40s. Angel both received awards for her acting and hosting skills.

Actor Sid Lucero came from a clan of actors as his parents are celebrities Bing Pimentel and the late Mark Gil. While his aunt is Cherie Gil and his uncle is Michael de Mesa, he is half-siblings with the Eigenmanns, Andi and Gabby. Geoff and Ryan Eigenmann are also his cousins.

Nonetheless, Sid was able to make a name of his own as he won best actor awards in several award-giving bodies.

It’s Showtime host Jhong Hilario is regarded for his dancing and dramatic acting skills. He is also a politician.

Lito Lapid’s son Mark entered politics first before he entered show business. And just like his father, he did action films such as Lapu Lapu, Batas Militar and Tatlong Baraha, among others.

He enjoys a happy family life with his wife, actress Tanya Garcia and their kids.

Actor Ejay Falcon rose to fame after emerging the Big Winner of Pinoy Big Brother Teen Edition Plus in 2008. From then on, he has appeared in several ABS-CBN projects such as Pasion de Amor. He also did episodes for Maalala Mo Kaya and Ipaglaban Mo.