Bernard Palanca happily took to Instagram his excitement about finding a new special someone.

The actor shared details about the new woman in his life named Tracey Tabora. Bernard, in a separate post, also waxed nostalgic about almost losing his hope in love.

In the end, he thanked her for making his heart “smile again.” 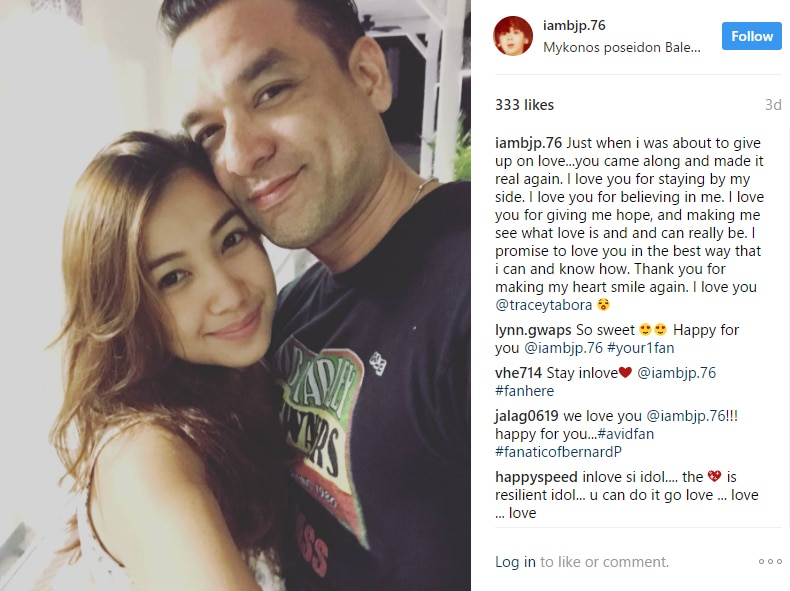 The new couple’s photos were taken on the exclusive island of Balesin.

According to her social networking profile, Tracey is a “fashion designer, professor, and fashion merchandiser.”