Maxene Magalona shares why she wants to have twins after marriage

The actress recalls the wedding proposal of boyfriend Robbie Mananquil. 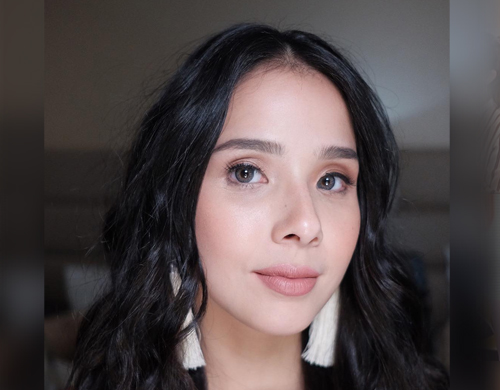 Three months into her engagement with boyfriend Robbie Mananquil and Maxene Magalona said still feels emotional when recalling how the engagement was planned.

“When I first called my mom when I first got engaged we were both crying. Siyempre she (already) knew because Rob my fiance went all the way to Antipolo to ask for her blessing and they actually spoke for a couple of hours where my mom gave him advice. And with me naman she also gave me advice. She said to me that I need to mature more now that I’m about to get married. Because I started work early, I didn’t really have a childhood like everyone else. I had to work at an early age so she said for me to actually grow up. Kasi this is it eh. This is the next step of my life,” she shared.

Maxene said her mom has been very helpful with her regarding preparations for married life.

“She said to me marriage is a very, very serious commitment. That’s what I love about my mom. We really talk about everything and anything. By example I can see so much and I can learn so much from her as a mom and as a wife,” she added.

Even though their preparations are still in the planning stages, Maxene shared she has already discovered a lot about herself.

The Kapamilya actress said no details are final yet but she can’t wait to share it with her fans once they have made their decisions.

“I’m a very traditional kind of girl na I love girly classic pieces so I guess it will be something along that line. Pero wala pa akong naiiisip na final na design na style. With my career nothing is going to change. It’s still going to be the same. He will always be the supportive partner that I’ve always had and I’m just so lucky to be with him,” she revealed.

After marriage, Maxene shared that she and her fiance have already discussed how many kids they want to have.

“Because Rob is a twin he wants to have twins (laughs). So if you guys think wedding preparations is hard so much more when you have kids ‘di ba? He wants twins and I’m like okay sige. It’s easy for the husband to say. But I can see how hands on he is with the wedding so I’m hoping and I’m sure he will also be a hands on father so I’m excited for that. I think maybe two to three kids,” she divulged.