Nyoy Volante to play a crossdresser in Cyndi Lauper musical

Nyoy Volante hopes that all his friends, including his basketball playmates, would come to see him portray the role of Lola. 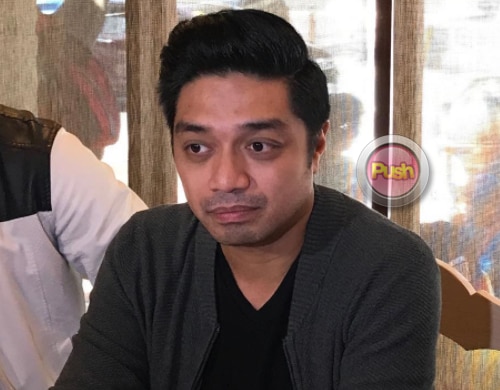 While it wasn’t his first time to play such kind of a role, Nyoy Volante is very much thrilled to take on the role of a crossdresser in the local adaptation of the Broadway musical Kinky Boots.

Nyoy, during the show’s press conference, happily shared that he would be playing the role of the crossdressing lead character named Lola.

“Probably around last year while doing Jersey Boys they hinted that they wanted me to play Lola. Of course I said yes,” he said when asked as to when he got wind of the Cyndi Lauper-penned project.

“If anyone knows me they would know that I take on a challenge and I have fun doing it. Anything that’s out of my character, anything that’s going to label me as a crazy persona or someone who enjoys doing crazy stuff, I’m very excited,” continued.

Prior to being a Tawag ng Tanghalan hurado, Nyoy gained praises for his exceptional performances in the impersonation competition Your Face Sounds Familiar.

Will he invite Vice Ganda?

Since the show is set to run next month, Nyoy revealed that he would be taking a break from his stint as a TNT judge.

Luckily, he shared that his It’s Showtime family are supportive of his latest endeavor.

Nevertheless, he assured fans that he won’t completely be out of the show.

Catch Kinky Boots from June 30 to July 23 at the RCBC Theater. For tickets just visit Ticketworld or call 891-9999.