Meet the exciting cast of ‘Goblin’

The newest Koreanovels set to premiere on ABS-CBN is sure to get you hooked. 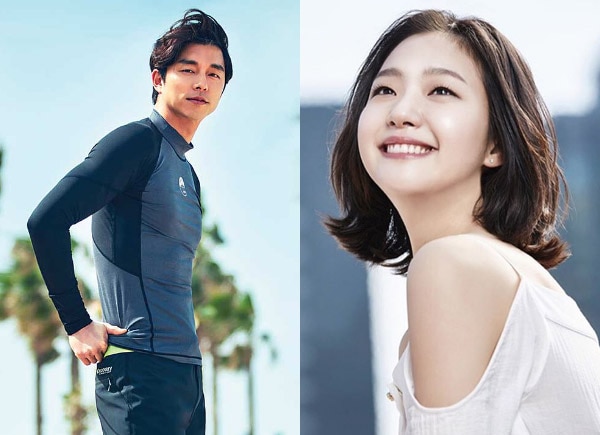 And just like any K-drama fan, we are very excited to see the well-loved characters of the goblin, his bride, the grim reaper, and his love interest on Philippine TV.

But first, let us take a look at who these characters are, as well as the actors who portrayed them.

1. The Goblin played by Gong Yoo

At first, Gong Yoo’s character Kim Shin was a dedicated general who did everything for his king. Loyal and brave, but why did he turn into an immortal goblin? That is for the viewers to find out.

Shortly after the huge success of Train to Busan, Gong Yoo marked his drama series comeback through Goblin that started airing in South Korea in December of 2016.

Although at first, he expressed “fears” for doing a fantasy story, Goblin became very successful that his love team with his bride and bromance with the grim reaper became a hit.

Aside from Train to Busan, Gong Yoo is also famous for his roles in The Coffee Prince and The Age of Shadows.

A very important character, only the goblin’s bride Ji Eun-Tak has the power to remove the sword stuck into the goblin’s chest that will turn him into ashes. Now this is where it gets exciting. Can the lovable and innocent Ji Eun-Tak follow her purpose?

Portraying this role is the 25-year-old actress Kim Go Eun. Her memorable works include the TV series Cheese in the Trap and the movie Memories of the Sword.

Seeing the series will change your perception of how a grim reaper should look and act. Adorably naïve and effortlessly funny, the grim reaper in this show has no recollection of his past life. His character will give viewers a fresh and interesting concept on the lives of grim reapers, fictional characters as they are

The grim reaper’s actor Lee Dong Wook is already a familiar face. He played the lead male role in the K-drama My Girl that showed in the country in 2006. He even visited the Philippines during this time and appeared on the defunct noontime show, Wowowee.

Just like the first three, Sunny is also a key character who is connected to everyone. Trying carefully not to spoil anything, it is best to describe Sunny as charming and smart.

Sunny was played by actress and radio jockey Yoo In-na who starred in shows like Secret Garden, My Love from the Star and The Queen and I.

In this series involving life and death, no one has ever cared more for worldly pleasures like the credit card-lover Deok-hwa. His playful but mysterious character definitely adds the fun in Goblin.

K-pop boyband member Yook Sungjae from BtoB assumed this role. When he and his group had a concert last January, Gong Yoo, Lee Dong Wook, and Kim Go Eun all came to support him.

Other than being a K-pop star, Sungjae has also acted in several TV series and hosted variety shows. His memorable shows include Who Are You: School 2015 and We Got Married where he received awards.

Goblin premieres on May 8 on ABS-CBN.