Matteo reveals that he previously wanted to get married at 27 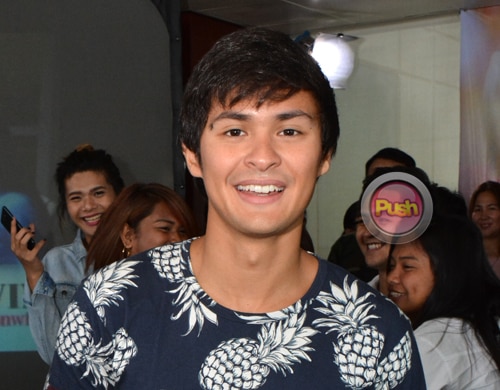 Despite much prodding, Matteo Guidicelli remains mum as to when he is going to pop the question to his girlfriend Sarah Geronimo.

Matteo during the launch of his vlogs for Sun Life's latest campaign, “Make It Mutual,” showed the many goals that he hopes to achieve for himself in the future. One of the goals include “relationship goals” which featured someone getting engaged.

Due to that segment of his vlog, Matteo was ribbed by the press as to when he plans to ask for Sarah’s hand in marriage.

Matteo emphasized that all his life goals would soon become a reality.

“They're something that I really want and, hopefully, achieve them in the future,” he said.

While he was noncommittal about the future of his relationship with Sarah, Matteo had been vocal as to when he sees himself settling down.

Even if he intends to keep that moment private, should it happen, Matteo won’t necessarily hide it to the public.

“Siyempre, I want to make a surprise to my partner and make it a surprise for myself. That day will come. And when that day comes, people will know,” he said.

But has he saved anything for the upcoming wedding yet?

Eventually, Matteo shared that he has yet to look into those matters.

“Hindi ko pa alam. I-research ko pa. I have to research on that pa. I don't know how much I should set aside, we have to think about that pa,” he said.

“Pero siyempre, it has to be something realistic,” Matteo ended.