The Mensa test revealed that Mia Golosino has an IQ of 162. 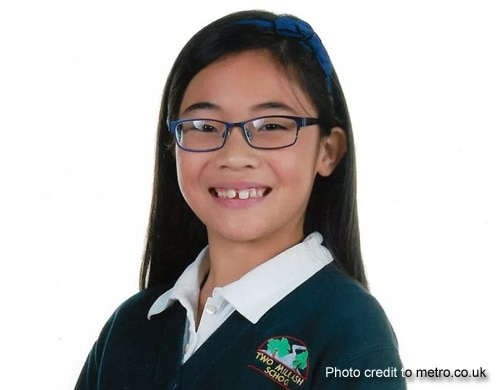 British-Filipina student Mia Golosino applied for Aylesbury High grammar school but was rejected due to “over-subscription” according to Metro.co.uk.

Her parents encouraged Mia then to take the Mensa test to help them appeal the decision of the school. What came after was something Mia’s family did not foresee. The Mensa test revealed that the 11-year-old student has an IQ of 162, higher than Albert Einstein (the scientist had an IQ of 160). Mensa is the most prestigious and the oldest high IQ society in the world.

Along with the test result, Mia was invited by Mensa to be part of the society. In the letter shared by Metro.co.uk, it stated that by accepting the invitation, Mia will join more than 20,000 people with a high IQ just like her and will meet them at different events and meetings to chat and exchange ideas.

“We could not believe our eyes upon seeing the invitation letter. She just needed one of the results within top 2 per cent to become a member of British Mensa. We were amazed to find she scored the highest possible mark of 162 – more than Albert Einstein,” Mia’s father Jose told Metro.co.uk.

Mia’s mom Mary hopes that the results will boost her daughter’s confidence to achieve what she wants in life. “We couldn’t believe it when we found out. We were absolutely stunned. Mia puts a lot of pressure on herself and has such little confidence in herself that this is exactly what she needs,” Mary said in the interview.

Since the results came out, Mia already chose a different grammar school. She accepted an offer from the Royal Latin School in Buckingham.

Mia’s parents are originally from the Philippines who transferred to Wolverton, Milton Keynes in England ten years ago.