Pat Sugui talks about life after his breakup with Kathryn Bernardo’s best friend. 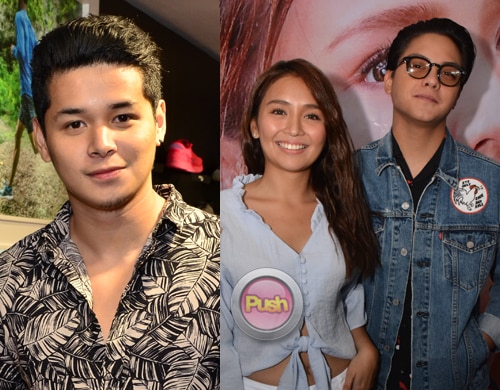 With Coco Martin as his idol, Pat admitted he wants to follow in the footsteps of the Ang Probinsyano star. “Kasi Coco can do everything eh. He can do anything and everything so I really admire that sa kanya at sa mga nagagawa niyang roles. Actually I wanna do something na heavy drama kasi I want to showcase talaga what I can do sa TV na alam kong kaya ko naman. So heavy drama siguro gusto ko next role ko sana,” he explained.

The Saucony Philippines guest also talked about his close friendship with Daniel Padilla whom he considers one of his closest friends. “Kami nila DJ okay naman. We’re still the same. Super close pa rin. Hindi lang kami nakakapag-out-of-town recently kasi sobrang busy ni DJ kasi kalalabas lang nung Can’t Help Falling in Love so we’re planning something soon,” he said. Pat said that he is happy for his good friend’s success and that they are both supportive of each other’s careers even if they have not been able to work together onscreen since Pangako Sa ‘Yo.

With regards to his ex-girlfriend, blogger model Arisse De Santos, Pat said they still get to see each other during barkada get-togethers since she is also Kathryn Bernardo’s BFF. Pat said things aren’t awkward between them anymore. “It’s good. Civil naman kami. At times of course may awkward moments kasi nasanay kami na kaming dalawa yung magkasama habang si DJ and Kath magkasama but now it’s all good. We’re friends,” he added. At the moment, Pat is currently happy dating a non-showbiz girl.