Solenn explains why she kept mum about their civil union in Argentina last 2015. 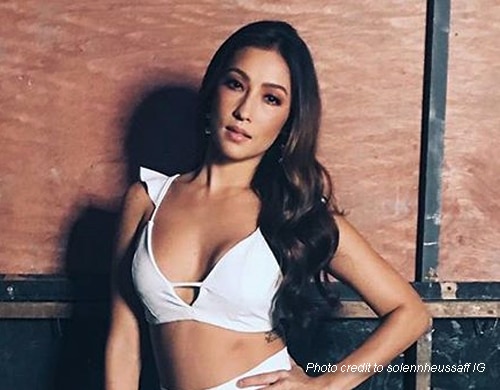 After more than a year, Solenn Heussaff gave some details about her civil union with Nico Bolzico in Argentina last 2015.

Solenn explained that during that time, she and Nico wanted to get everything done for their church wedding in France, which happened in 2016 but the paperwork was difficult.

“It was easier to do all of it in Argentina. And Nico’s family and friends still live there. The plan was to have a judge officiate our union, and we would sign the papers, have lunch, and that was it. Done,” Solenn wrote on her website.

She also said she got surprised after finding out that they weren’t going to have a simple celebration since Nico’s mom invited 250 guests.

“There were 250 guests that I had only met that night, a first dance that Nico and I were not prepared for, and like all that wasn’t crazy enough, Nico also invited my favorite Argentinian band, Amapola, to sing all the songs I was obsessed with.”

When they got back in the Philippines, Solenn wanted to keep it low-key and had no intentions of revealing it but it didn’t turn out that way because Isabelle Daza took a snap of the moment and “people started talking.”

“When we got back to the Philippines, I didn’t want to share what happened with anybody. I mean, it was just supposed to be the two of us signing papers with family and friends. The whole thing was meant to be small and quiet. But after the party and Belle snapping Nico and I signing our wedding license, of course, people started talking,” she shared.

“But instead of waiting for us to share the moment, it was like everyone wanted to force the story out of us. People were bashing me on Instagram. I was being called a liar, and that I wasn’t proud of my husband or being married. I didn’t understand all the hate. My thing is, I’ll share it when I want to share it,” she added.

For Solenn, her real wedding was in France because it was “in front of the eyes of God.”

“When I got married in France in May, I shared it with all of you. I felt like that was my real wedding, in front of the eyes of God. Now, after more than a year, I’m talking about my civil union in Argentina, because I just wanted the chance to share this story in my own terms.”