The “Siargao” director talks about married life with their baby Seve. 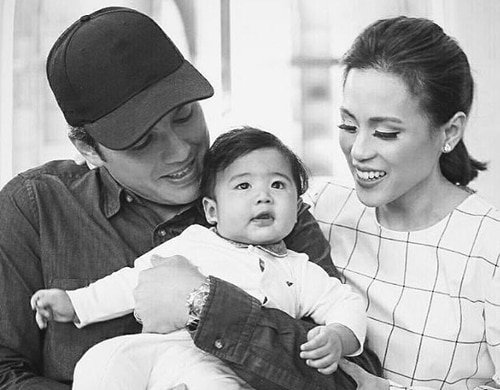 Currently on location in the island of Siargao to shoot his latest movie project starring Jericho Rosales, Jasmine Curtis and Erich Gonzales, director Paul Soriano said it will be hard being away from his wife Toni Gonzaga and baby Seve. Especially now that his son is growing up so fast.
“With Toni and my little boy now Seve, he loves watching his little cartoons you know. He loves watching those YouTube videos that are very colorful and he reacts to that. He’s seven months and he’s at an age where his eyes are accepting color and with the televisions at home he reacts and he smiles and he has fun. We’re watching a lot of cartoons now so Toni and I are really enjoying that with Seve,” he shared.
With this year marking Toni’s first year as a mom, direk Paul revealed he wants to make it memorable for his wife.
“Mother’s Day is very special for me now also because it’s going to be the first time we really get to celebrate it as a family. So we’re going to have a special little something to just honor an amazing mom and an amazing wife. It’s just been great,” he said.

As a life partner, direk Paul is all praises for Toni’s mothering skills which people usually don’t get to see on camera.

“She’s been amazing. Toni has just surprised me. She’s just a great mother. She loves Seve so much. She’s really made us feel like we are her number one priority. She does a great job at balancing work and being a mother,” he added.
Celebrity