Jodi Sta. Maria is determined to get a college degree

Jodi Sta. Maria: ‘It has always been a dream of mine to pursue a medical degree.’ 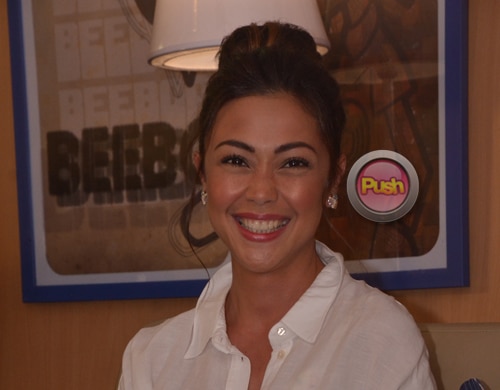 The Kapamilya star attempted to finish her college education before but it did not push through because of her hectic schedule as an actress. “It has always been a dream of mine to pursue a medical degree but then a few years back it was not parang possible kasi di ba we cannot serve two masters at the same time. Parang I find it physically and mentally taxing to do both, acting and studying, kasi that time na-try ko siya pareho,” she said.

Jodi narrated that she graduated from high school when she was 28 years old. She promised herself to finish college after that but circumstances prevented her from doing so. “After finishing high school I jumped my way to college and got medical biology unfortunately I wasn’t able to finish it because of the demands of school and work and I also have responsibilities and obligations with my family so parang na set aside lang siya,” she revealed.

The actress remarked that she did not lose hope that one day she will get to fulfill her aspiration. “I did not fully let go of that dream and I prayed to God if it in His will, I know one day in His perfect time He will still open the door for me to finish my schooling.”

Jodi excitedly shared that her faith has led her to discover an institution that just might help her finish her college education. “God has been good and has opened this season for me to be able to pursue it once again I was able to find a school that offers home study program in college so hopefully in two and a half years time, I will be able to get a college degree,” she relayed.