Matteo Guidicelli and Sarah Geronimo’s last movie together was ‘Catch Me, I’m In Love’ in 2011 with Gerald Anderson. 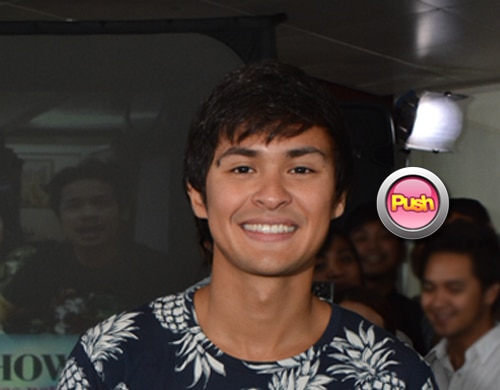 Remember when talent manager Noel Ferrer made his Instagram followers guess as to whom will be getting married first among celebrity couples Iza Calzado and Ben Wintle, Sarah Geronimo and Matteo Guidicelli, and KC Concepcion and Aly Borromeo?

READ: Who’s getting married next year? KC, Iza or Sarah?

After Iza said that it was possible if Ben will propose to her, reporters got to ask Matteo for his side too.

During the victory party of Can’t Help Falling in Love on Tuesday, May 9, Matteo said, “Wala pa naman (plans).

He also did not want to share when he plans to get married. “Tignan natin. Kung sasabihin ko, hindi na surprise, di ba?” Is it not in the near future? “We’ll see,” he replied.

Meanwhile, Matteo was candid when he answered questions about plans of doing a project with Sarah. The two worked on the movie Catch Me, I’m In Love in 2011 with actor Gerald Anderson.

“No, I don’t think so. Because we chose not to work together. Wala lang. We just decided to keep everything separate,” he said.