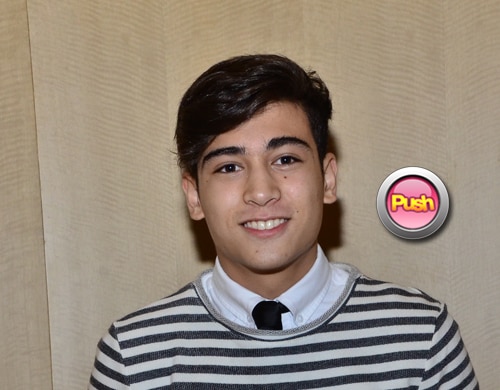 Marco Gallo and Kisses Delavin have put all their issues behind them. Marco stressed that he is good friends now with her and both of them have already moved forward after being romantically linked during their Pinoy Big Brother stint.

“We are okay naman, we’re friends. We support and we help each other sa mga tapings. Basta ‘yung promise namin laging suportahan ang isa’t isa.” The teen star remarked that they are better off as friends at the moment rather than being romantically involved with each other. “Mas makabubuti sa isa’t isa na sa ngayon magkaibigan muna kami kasi may mga tapings so kami dapat ‘yung mag-suporta sa isa’t isa so mahirap kung may ibang issue, we prefer to stay friends,” he said.