What's next for Gab Valenciano after I Can Do That?

Gab on his experience on the show, “Tiring but amazing.” 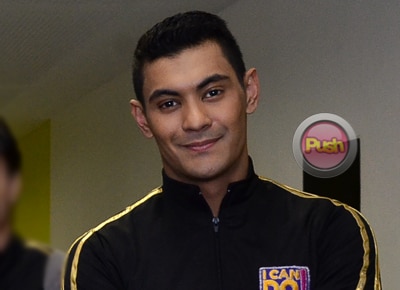 Gab Valenciano is a proud brother to sister Kiana after the latter's two singles became instant hits on the Philippine airwaves. “I have been waiting for this moment since the day I have heard her sang so to see it growing and to be part of it even, I think it is a very, very big moment for a brother.,” he said in an interview with Push.com.ph at the Manila X Preview kick-off party.

The YouTube sensation and performer serves as one of Kiana's mentor in the industry. He has been giving several tips to his sister to thrive in the competitive music business in the country. “My advice to Kiana is to always value what it means to work hard. I know being who she is and being an artist is not easy, it really is not. People think it's easy but it is not easy and I just want her to remember what it means to really reach for the stars and not mind the haters, the bashers. And lastly to remain grounded,” he remarked.

After returning to the Philippines, Gab has become part of the ABS-CBN's I Can Do That. He described his experience in the show as an exhilarating one. “All of us are good friends and right now I'm in the top 4 which is exciting. It's been really tiring but it's been amazing.”

He relayed though his parents always have worries on his stunts in the show. “They always ask me, ‘are you sure about what you are doing?’ And my mom can't even watch sometimes. But that is what the show is all about. It's about excitement, it's about trying to be explosive and people know me as a very explosive person so yeah I'm just doing my best in everything that I do in the show.”

After his stint in I Can Do That, Gab revealed that he will be working full time in his production company in the Philippines. “I don't think I will be going back to showbiz. I am so thankful for I Can Do That because they have given me an opportunity to perform again. But I am definitely going to focus on my production company. I love creating and I love creating on grand scales so I'm really excited. I did Kiana's music video and that was really exciting as well,” he shared.