EXCLUSIVE: Isabelle Daza reveals she will be having her honeymoon this coming Holy Week 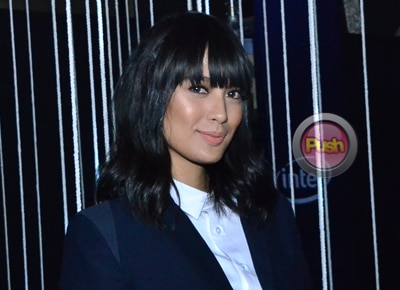 After getting married last year, Isabelle Daza says she is looking forward to the Holy Week break because it will also be her chance to spend some quality time with husband businessman Adrien Semblat.

“Holy Week is my honeymoon so we’re going to go to South Africa. Siyempre we have to go on a game drive which is basically a safari and then I guess just discover Cape Town,” she shared with PUSH.

The 29-year-old actress, who is also part of the upcoming Kapamilya fantaserye “La Luna Sangre” said she and her husband both came up of the idea to go to South Africa which is a more than 16 hour flight from Manila.

“Lent to me is very special because I take it seriously and even if I don’t preach about my faith and preach about my religion I am privately a religious person. This Lenten season I’ve given up sweets for one person’s health. And then I also gave up wine for my dad naman. It’s my dad’s birthday March 15 so he passed away last year. And then I gave up pasta for one of my family’s healing. So parang I gave up three things and it’s all for a purpose and they’re all very difficult and every time I think I want to break my sacrifice I think of those people I’m doing it for,” she shared.