James Reid speaks out about US concert tour controversy

The actor calls concert producer Elaine Crisostomo 'not a credible promoter and a liar'. 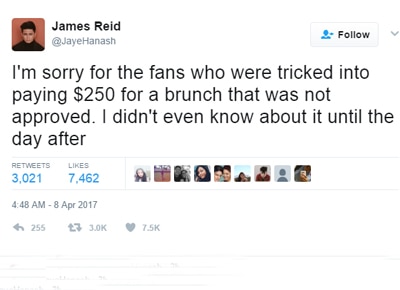 James Reid has aired his side on the ongoing controversy surrounding JaDine's concert tour in the United States. The actor took to Twitter to reveal that the concert producer, who accused them of rude behavior, still owes their production head $27,000. “Elaine Crisostomo is not a credible promoter and a liar,” he wrote.

He further explained that the supposed brunch with the fans was not approved. “I didn't even know about it until the day after,” he posted.

James added, “We went straight to our hotel room because of our 3am flight. Of course we're tired. And Ellaine never spoke to me until after the concert.”

Viva, James and Nadine Lustre's management, has already issued a statement about the matter. 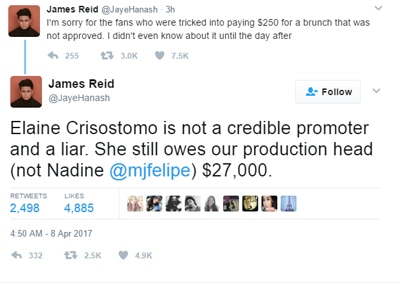 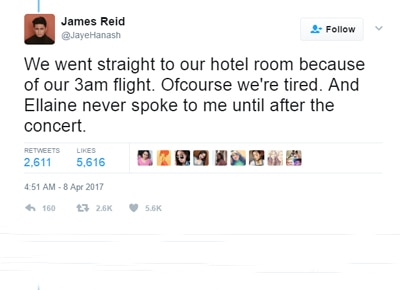