We can’t help falling in love with the trailer. 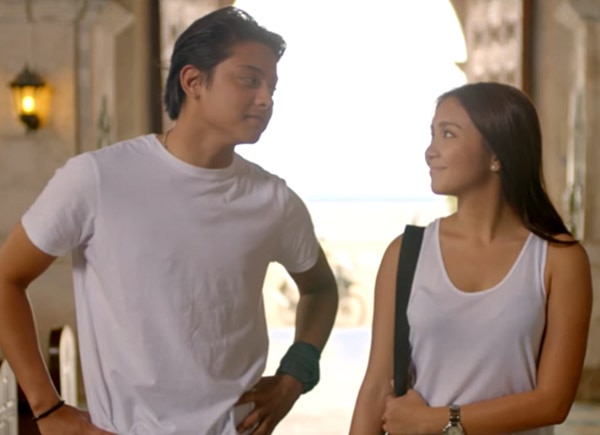 This is very evident in the film’s official trailer, unveiled less than a week ago by Star Cinema.

And so, we couldn’t contain our ‘kilig’ and excitement.

Directed by Mae Cruz-Alviar (who also directed Crazy, Beautiful You), the story basically revolves around Dos (played by Daniel) and Gab (played by Kath) who happen to be married. How come? We also have yet to find out.

But anyway, what’s important is that we get to see KathNiel like this – a married couple! This is a KathNiel fan’s dream after all, to see their favorite love team as husband and wife.

And so we totally get DJ’s reaction! But then, Kathryn as Gab has to burst that happy bubble by saying that they need to separate ASAP. Like WHY? Shortly after, we learn about the reason. Gab is already hitched. By the way, Matteo Guidicelli is really cute here. His character looks like he wouldn’t hurt a fly… so why should we? This is getting too complicated, Star Cinema!

And so, Dos and Gab go on a journey to find solutions on how they can get separated quickly and legally – which, in this story’s context, means they will spend more time together. But then Dos reminded her… Hihihi. We can totally relate with momshie and popshie right now.

But you see, the real challenge begins when Dos has had enough… …And Gab isn’t holding back. And so we couldn’t wait to watch the movie this coming April 15 in cinemas nationwide.