Angel Locsin is looking forward to working with KathNiel

Angel Locsin and Kathniel are set to take part in the fantaserye ‘La Luna Sangre.’ 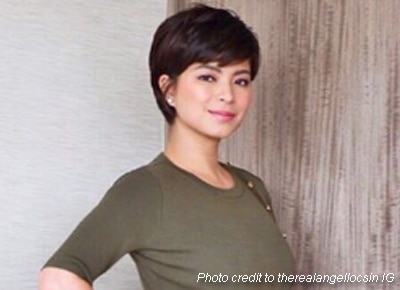 Despite the recent announcement that she’s no longer reprising the iconic role of Darna, Angel Locsin is set to start taping soon for La Luna Sangre.

A recent announcement revealed that Angel’s next projects would include an appearance on La Luna Sangre and a movie with James Reid.

La Luna Sangre is the third installment of the action-fantasy Imortal series, which would star Daniel Padilla and Kathryn Bernardo.

Angel pointed out that she’s especially excited to appear in La Luna Sangre together with John Lloyd Cruz.

The esteemed actress is hoping to have a chance to get to know the younger box office stars.

Meanwhile, prior to returning to acting, Angel is currently pinch-hitting for Vice Ganda on It’s Showtime. Vice is currently in the US for his Pusuan Mo Si Vice Ganda concert tour.

“Happy because madlang pipol naman they have always been very warm sa pag-welcome sa akin,” she said of her Showtime return.

In the end, Angel assured fans that all is well for her despite her doctor’s recent advice not to take on strenuous activities which led to her begging off from the big screen adaptation of Darna.