Xian Lim to make revelations at his second concert

Who will be Xian Lim’s special guests at his concert? 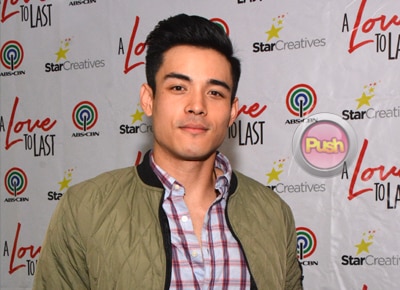 Kapamilya actor Xian Lim said that he would reveal more of himself in his second major concert titled Songs in the Key of X at The Theater at Solaire on July 15.

Saying that this will be very different from his first one last year, he said that he still has a lot to show to his fans.

While there is no final program yet, Xian revealed that he would show his talent in playing the piano. “Definitely meron akong grand piano. It’s a must. I’ve always been so passionate with the piano. ‘Yun na muna for now.” He also said to, “Expect love songs.”

“The whole concert is an extension of me. ‘Yung whole personality ko. I feel like same with last year but meron pang… Gusto ko kasing magpakilala. I want this concert to be an intimate experience para mas makilala pa nila ako,” he said, adding that he is very hands-on with the brainstorming and preparations.

“So it’s safe to say na ‘yung line-up natin dito is all connected to my personal stories, my personal journey. ‘Yung mga songs na I grew up with,” Xian added.

Will there be special guests at his concert?

If given the liberty to choose, whom does he want to guest?

“Last year, gustong gusto ko si Erik (Santos) but he was actually out of the country. Kasi I had a piece prepared and meron akong isang sobrang favorite na kanta niya. ‘My Love is Here.’ Gustong gusto ko ‘yun. (And) KZ. KZ. (She’s my) huge idol.”