The actress recalls getting bullied for her weight. 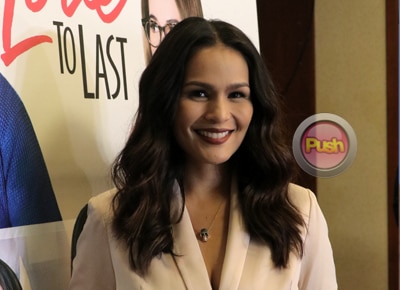 Actress Iza Calzado admitted that she had low self-esteem when she was younger during her guest appearance on the Monday episode of Magandang Buhay, April 3.

Iza, whose father was actor-dancer Lito Calzado, shared that as a child, she dreamt of being an actress, a goal which she eventually pursued.

However, the 34-year-old Kapamilya star recalled how things did not turn out the way she wanted to and so, her career then was cut short.

These insecurities seemed to have stemmed mostly from her weight.

Recalling a specific story, according to Iza, she confidently answered, “Oo, gusto kong maging artista” to people who asked her if she wants to become an actress when she was younger.

Moreover, Iza said that she never saw herself becoming an actress again, saying that she wore braces and had kinky and thick hair then.

Today, Iza is finally living her dream. In fact, she even won the highly-coveted Yakushi Pearl Awardee for Best Performer award at this year’s Osaka Asian Film Festival.