How does Kaye Cal feel about being compared to Aiza Seguerra and Charice?

Kaye Cal is open to working with Aiza Seguerra and Charice. 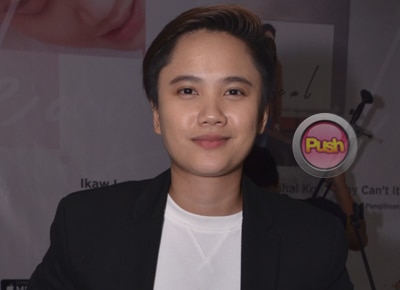 Musician Kaye Cal considers herself lucky to be lined up along with esteemed lesbian singers Aiza Seguerra and Charice.

Unlike Aiza and Charice though, Kaye’s voice is “manlier” than the two.

The “Nyebe” singer underscored that they all have different strengths and weaknesses.

According to Kaye, her voice has been that way from the beginning and that she has no “complications” whatsoever.

But would she be open to working with the two singers in the future?

“It would be an honor to have a show with them kasi ano eh nandoon na sila sa taas ako, paakyat palang ako eh,” she said.