Iskolar Stars ng Bayan: 18 Celebrities Who Graduated From the University of the Philippines 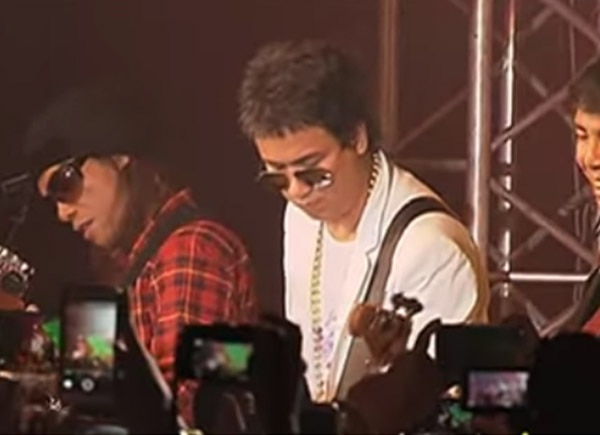 The comedienne-actress graduated with a Bachelor Degree in Fine Arts in Theater Arts from the University of the Philippines Diliman.

This international singer and actor graduated with a degree in Landscape Architecture from UP Diliman.

Atom graduated with a degree in Applied Physics from the UP Diliman Campus.

This comedienne and TV Host is a graduate of BA Film and Audiovisual Communication.

He was a graduate of BA Film and Audiovisual communication in UP Diliman and now, a Film Professor in the same university.

Four more days to #bostonmarathon2017 Say a little prayer for a safe fun and fast race for all of us pinoys! #nordictrack #chrissports

Kuya Kim is also a graduate of BA Film and Audiovisual Communication after studying for one year at the University of Santo Tomas.

Eraserheads members Ely Buendia, Raimund Marasigan, Marcus Adoro, and Buddy Zabalac met and formed their band at the University of the Philippines Diliman.

This bossa nova singer graduated with a degree in Business Economics in 2005.

The news anchor and journalist graduated with a degree in Mass Communication.

1) " The beauty of a woman is not in a facial mole,but true beauty in a Woman is reflected in her soul. It is the caring that she lovingly gives, the passion that she knows. -Audrey Hepburn ?? 2) "Beauty is about being comfortable in your own skin. It's about knowing and accepting who you are." - Ellen DeGeneres, fr the book : Seriously... I'm Kidding 3) "I know my best angles." Scarlet Johannson ( In my case, #HighAnglePaMore ?? ) - high angle selfies are da best ! ???? #awra ! #tintinbabao

Another gift I want to show off.. Thank you @hm for this beautiful easy flowing dress from your Conscious collection!!! I've been waiting for an opportunity to wear this gorgeous piece and finally.. A French spring inspired event by Tagline. And to @iteddeebare, thanks for prettying me up!